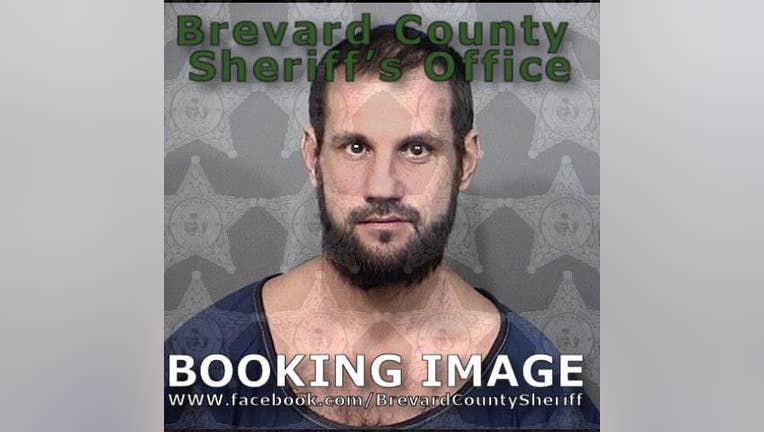 Officers say Daniel Sigafoos, 43, of Malabar, was taken into custody on Friday after allegedly threatening staff at the Slow & Low Bar-B-Que and resistings officers.

Witnesses called 911 saying the suspect went behind the bar, pulled out a box cutter and pointed it at workers, then ran out the back door of the restaurant.

After a short chase, police say one of the officers caught up to Sigafoos and cornered him.

They say he refused to drop the box cutter, so an officer tased the suspect and sprayed him with a "chemical irritant," according to a release by Cocoa Beach police.

Investigators say the spray had little effect on Sigafoos, but they were able to get him under control.

The suspect is facing charges of aggravated assault, burglary with assault, resisting arrest and violation of probation.