A suspect is accused of making threats to Volusia County Sheriff Mike Chitwood.

VOLUSIA COUNTY, Fla. - A Sanford man is accused of threatening to kill Volusia County Sheriff Mike Chitwood and one of his deputies.

Deputies first responded to the Racetrac on Howland Boulevard in Deltona after employees reported Avis Akins threatened to "shoot everyone inside the store," according to the report.  The arrest report states deputies found the 22-year-old near the intersection of Howland Boulevard and Wolf Pack Run walking in front of traffic.  Bodycam video shows deputies make contact with Akins who was "extremely uncooperative."

"Do you have any weapons on you," asks a deputy.  Akins responds, "No sir, why are you touching me?"

At one point, Akins threatens to arrest a deputy. 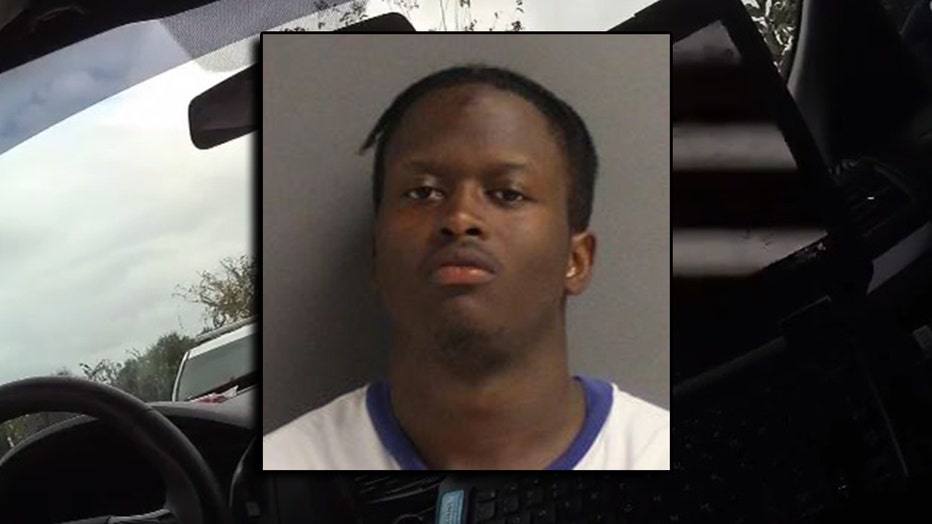 "Put your hands behind your back. Ima give you a citizen's arrest," he says.

The arrest report says Akins told a deputy, "If you come to court and testify against me, you will never make it to court. I am a mason, bruh. I will be a suspect to a murder of a cop."

They say he then made a threat toward the sheriff.

"[Expletive] Sheriff Michael Chitwood, I know he live in Daytona. Ima find out where exactly. Ima blow his [expletive] whole house up! He's not gonna see it coming," the report says.

Sheriff Chitwood said the suspect's family has reached out to apologize, saying Akins is mentally ill.

"They don’t want to see their son hurt anybody nor do they want to see us kill their son," Sheriff Chitwood said.

He says the family called a few days before the incident.

"They had called us a couple days prior because he had threatened to kill his mom and dad," Chitwood said.

FOX 35 News talked with the family off-camera. They said Akins was not on his medication at the time.  His family says they are working to get him moved to a mental health facility.