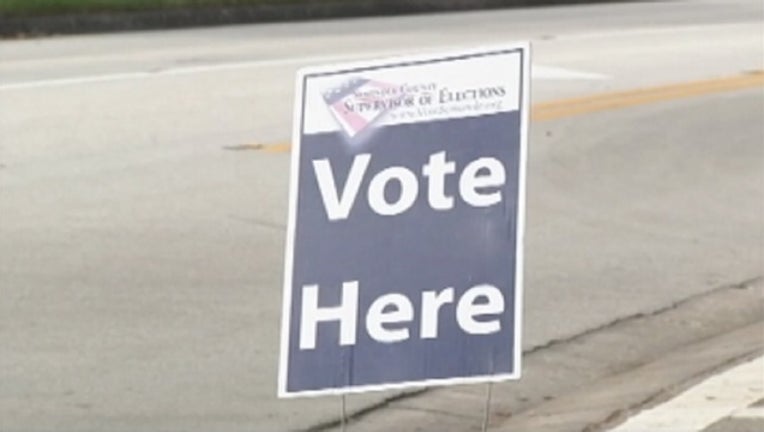 Chief U.S. District Judge Mark Walker had been scheduled to hold a telephone hearing Wednesday in an early voting lawsuit that pits plaintiffs such as the League of Women Voters of Florida against the state. But he issued an order Tuesday calling off the hearing at the request of plaintiffs, who say the bill includes a parking requirement that could make it impossible to have early voting sites on campuses.

Walker in July 2018 issued a preliminary injunction that allowed campus early voting locations, ruling that a directive issued to elections supervisors by former Gov. Rick Scott's administration was unconstitutional. In the November elections, that resulted in early voting on 11 campuses, with about 60,000 ballots cast, according to court records.

The hearing that had been scheduled for Wednesday involved a request by the plaintiffs for a permanent injunction. But in an emergency motion filed Monday, the plaintiffs argued that a parking requirement in the new elections bill (SB 7066) "is aimed with laser-like precision at undoing this court's standing preliminary injunction order, and again imposing an elections regime in which supervisors of election are effectively prohibited from offering early voting on Florida's college and university campuses."

DeSantis formally received the elections bill from the Legislature on Friday and is expected to sign it before a June 29 deadline. While the bill deals with a variety of elections issues, the plaintiffs in the lawsuit focused on a provision that said early-voting sites "must provide sufficient nonpermitted parking to accommodate the anticipated amount of voters."

Many campuses require permits for parking, and some see frequent complaints about parking shortages.

In his order Tuesday calling off the hearing, Walker did not take a position on the plaintiffs' arguments, which included the possibility of filing an amended lawsuit to address the proposed parking requirement.

"This court is not in any way telegraphing how it will decide a motion to amend. Such a motion needs to be addressed before forward movement on anything else can occur," Walker wrote. "This court understands that the parties could discuss the merits of plaintiffs' claims at tomorrow's (Wednesday's) hearing but has determined that is not the proper way to proceed. This court wants the issues to be fully briefed and not to have a telephonic conference during which the parties talk past each other. This matter will proceed in an orderly, thoughtful way, and significant issues will not be discussed and determined ‘on the fly.' "

The lawsuit is rooted in a 2014 directive to county elections supervisors by Scott's administration that prevented early voting sites on campuses. After Walker's preliminary injunction and early voting on campuses in November, Secretary of State Laurel Lee, who was appointed to her job by DeSantis, argued that the case was moot and should be dismissed.

Attorneys for Lee cited a directive she issued after becoming secretary that, they wrote, "addresses the plaintiffs' concerns head-on and provides a further safeguard."

"In it, the secretary specifically states that supervisors may place early voting sites on college or university campuses under the plain text of … the state's early voting statute," Lee's attorneys wrote in February. "Thus, with or without this court's earlier published decision, the most recent directive makes clear that the secretary has no intention to revert to an improper position alleged to have placed an undue burden on the plaintiffs' right to vote."

Walker, however, issued a ruling in April that rejected the state's arguments that the case was moot.