LAKE MARY, Fla. - United Launch Alliance had hope that the third time would be a charm.

When the four-hour window opened at 2:04 a.m. there were already delays as engineers completed a thermal analysis of a rocket compartment that was excessively cold due to cryogenic fuel. A new launch time was set for 3:28 a.m., but the planned liftoff came to an abrupt end as the base of the Delta IV Heavy was engulfed in flames.

Locals on the Space Coast know delays are part of rocket launches.

“Last rocket launch we watched was delayed like three or four times, so that’s just part of the game. It sometimes gets delayed,” said Jeffrey Lewis.

“It’s an exciting situation here now that it’s coming back,” he said.“You never get used to it every time we hear our house goes “chu chu chu chu chu” we run out and yell, ‘A launch!’” she said. 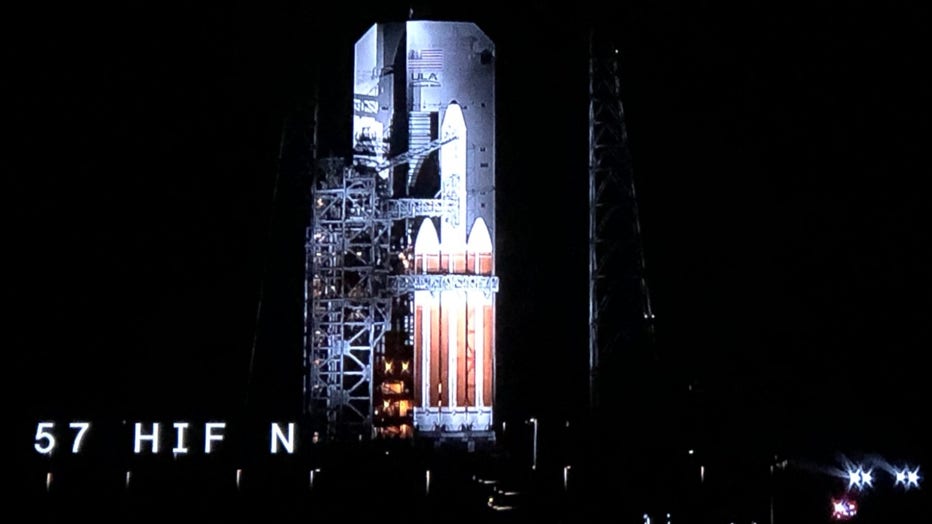 At 3:44 a.m., ULA Launch Director Lou Mangieri announced that the launch was scrubbed. The launch team secured the rocket and begin draining fuels from the Delta IV Heavy.

As it stands on the launch pad at Space Launch Complex-37, the fully fueled rocket is 235 feet tall and weighs 1.6 million pounds. That height is equivalent to stacking seven school buses nose-to-tail and the mass of 557 average American cars.