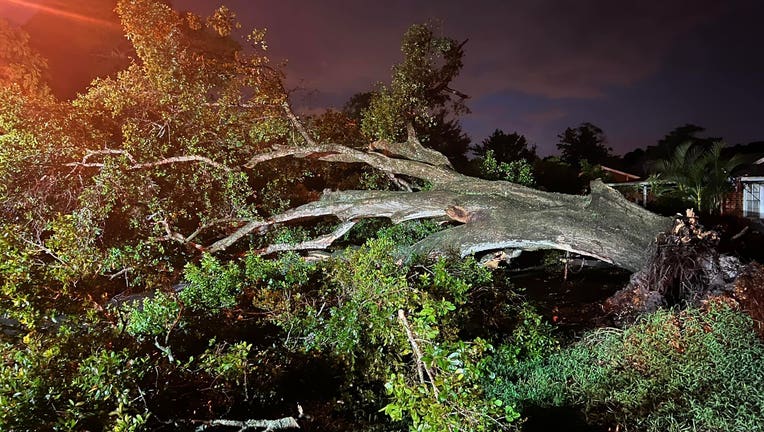 LAKE COUNTY, Fla. - Damage is left behind in a Central Florida neighborhood after a large tree fell down during storms Saturday, fire and rescue said.

Crews said a large tree fell down on Boyle Street and split in two – causing damage to two homes, vehicles and a boat, according to Leesburg Fire Rescue.

The fire department shared photos of the damage on Facebook:

Crews were able to clear the road as Leesburg Electric worked to restore power in the area.

The American Red Cross was called out to help the homeowners.