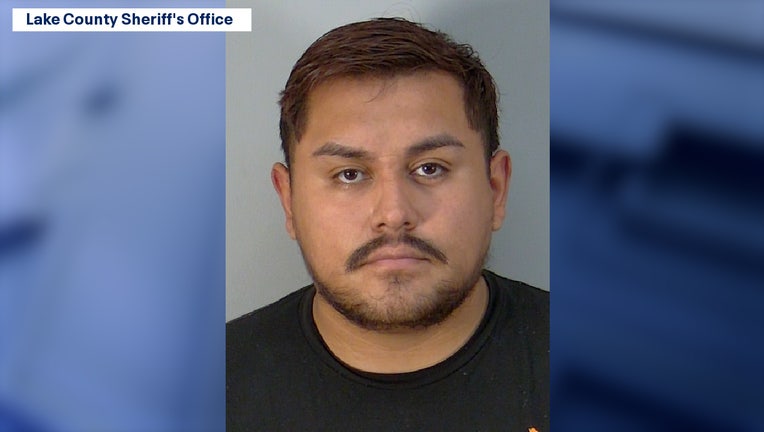 LAKE COUNTY, Fla. - A 24-year-old man wanted on suspicion of molestation and sexual battery of a child was arrested Wednesday, according to a Lake County affidavit.

Cristian Mancilla, 24, of Umatilla, was arrested in Orange County on a warrant, the affidavit states, and is being held without bond.

The alleged sexual crimes happened "on or about 2017 to 2019" at a residence in Eustis, according to the Lake County Sheriff's Office.

Authorities say the child was under the age of 12.