Boy recovering after being hit at school bus stop

Preston Sandoval, 12, is now lying in a hospital bed, bound-up in metal braces after authorities say he was injured in a hit-and-run incident at a school bus stop in Umatilla.

UMATILLA, Fla. - A Lake County boy is in the ICU at Arnold Palmer Hospital for Children, after being injured in a hit-and-run incident on Tuesday, authorities say.

Preston Sandoval, 12, is now lying in a hospital bed, bound-up in metal braces. His stepfather, Ira Martin, said he can't do much.

“He's now in a full back brace, he's got a hip brace, and a brace on his leg where it's been cut to a tendon,” he explains. 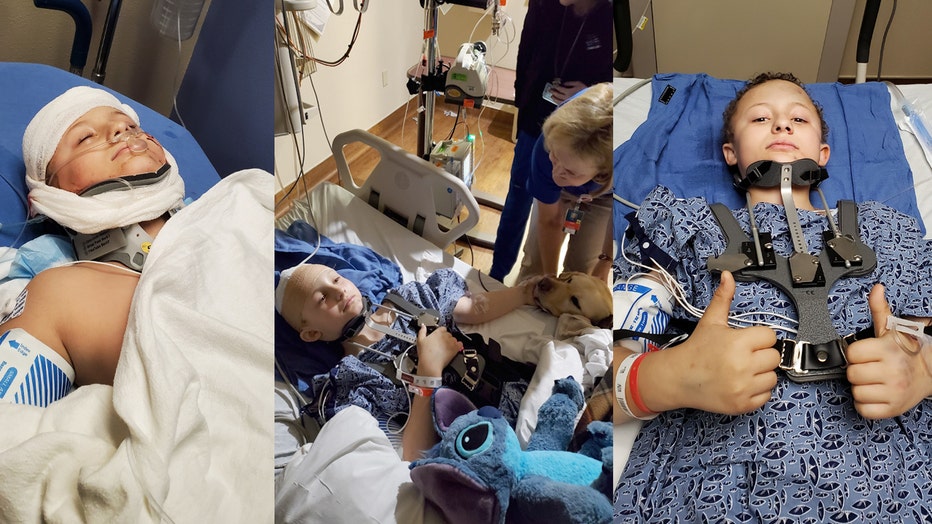 “My wife said he was in a car accident and got ran over,” he recalls.

Deputies with the Lake County Sheriff's Office say 19-year-old Christian Messick was driving the car that hit Preston, who was waiting for the school bus near Umatilla.

“Luckily, I got there just before they air-vac'ed him out. I got to see him for about 10 seconds and tell him to be strong,” Martin says.  “He was knocked out for a while, but when I got to see him, his eyes were open and he was saying he loves me.”

With the assistance of a K-9s, authorities arrested Messick and passenger Mariano Taclay. Deputies say they sped away, ditched the car and hid in an RV after trying to get rid of a bag of guns and ammunition. Both face felony charges, with Messick being held on $180,000 bond, and Taclay being held on $25,000 bond. 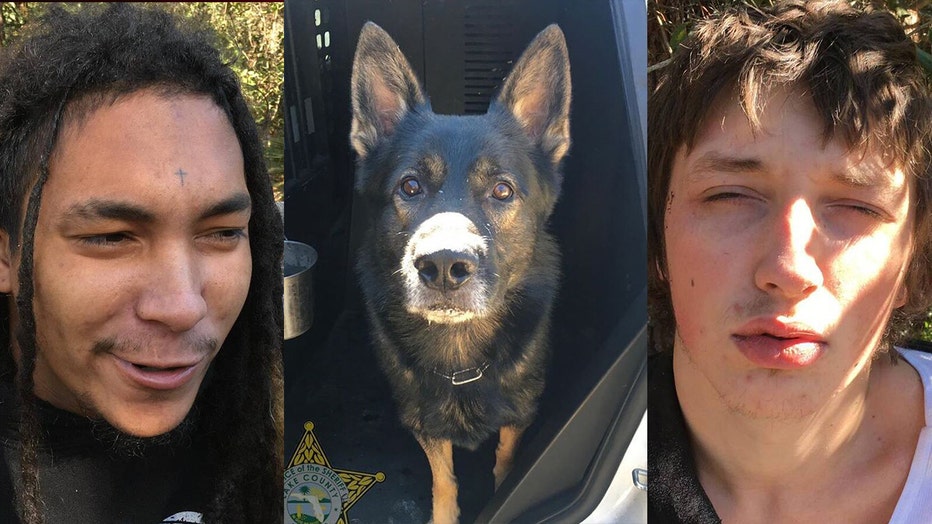 Martin, who served in the Marines, had nothing nice to say about the pair.

“This is my son. The way I feel towards those guys are not pleasant,” he says.

Martin says Preston even feels like he is the one to blame.

“Throughout this whole thing, he's been in good spirits, telling us he's sorry, it's his fault. We're like, 'No, this ain't your fault, man. Just get well.'” 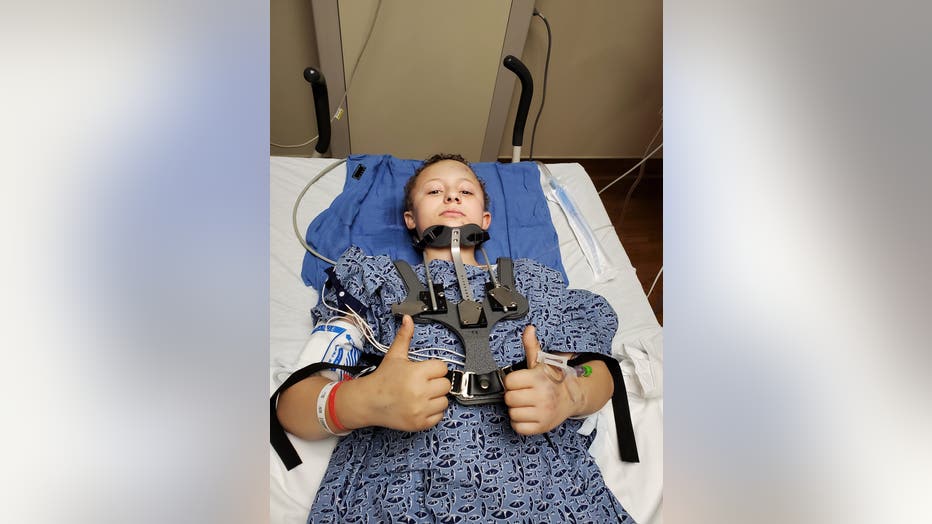 Martin says his son is a fighter.  “He's a strong boy, who's very lucky. A hand was on him through this whole experience.”  Doctors say Preston will be in the braces for several months but should make a full recovery. 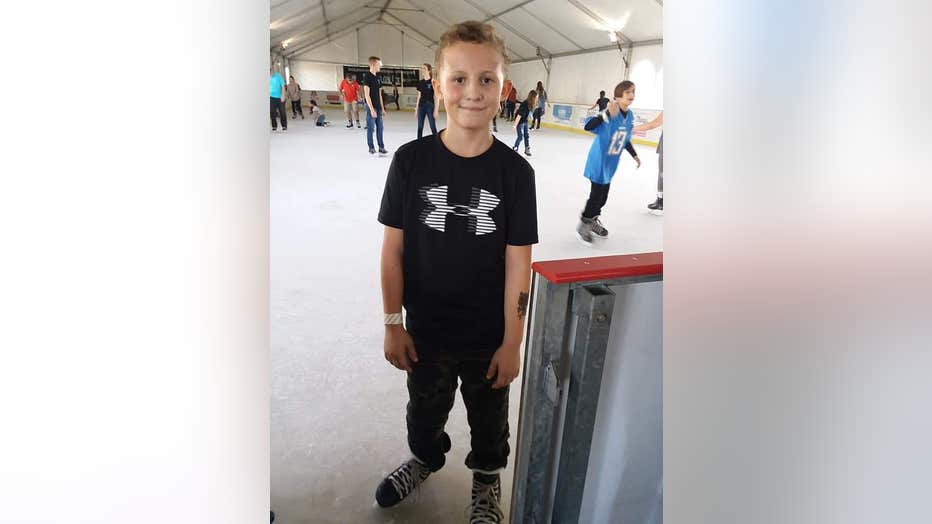