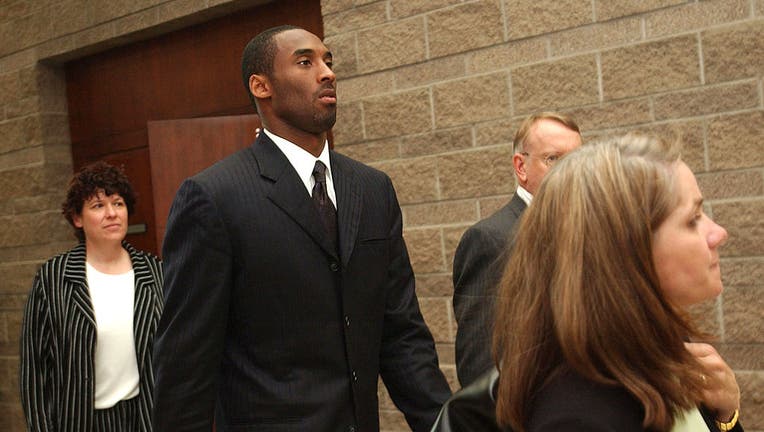 In 2003, Bryant was the center of a sexual assault investigation after a woman accused him of raping her inside his hotel room in Eagle County, Colorado.

The case that was unsealed by the FBI earlier this month says that a man offered to kill the accuser for $3 million. The suspect’s name was redacted from the report, but according to the Denver Post, Swiss bodybuilder Patrick Graber was identified as the man behind the scheme. The documents released by the FBI also revealed Graber was once employed by Gold’s Gym in Venice where Bryant previously had weight training sessions with a personal trainer.

During the investigation, Bryant had not been active at the gym for about one year.

The FBI report says that he mailed a Federal Express envelope and addressed it to Kobe Bryant of the LA Lakers. In the court document, the letter addressed to Bryant included "interferences that he could make Bryant’s problem with respect to the sexual assault case go away for a fee." After receiving the letter, Bryant’s security team alert Mr. Bryant’s attorney who then contacted the Los Angeles Sheriff’s Department.

LASD then felt the information required further investigation and was reviewed by the FBI OC Squad.

In an interview with LASD, Graber "offered to influence the victim in the Bryant trial, and if that failed, go ‘all the way,’ to remove the witness. "

Graber was later arrested for soliciting a $3 million fee for the murder of Bryant’s accuser and served a three-year sentence on charges related to the murder-for-hire investigation.

Bryant’s accuser has not been identified publicly. The NBA legend was charged with one count of felony assault on July 18, 2003. However, the case was dismissed on Sept. 1, 2004, when the accuser decided she would not testify. Bryant and his accuser settled out of court.

In Jan. 2020, Bryant, along with his 13-year-daughter, their friends, and the pilot were killed in a helicopter crash on their way to a basketball tournament at what was then known as the Mamba Sports Academy.

Bryant is one of the most celebrated sports icons in history. Following the sexual assault investigation, Bryant unleashed his "Mamba Mentality," becoming even more of an assassin on the court. He also switched his jersey number from No. 8 to No. 24 to help rebrand himself following the scandal.