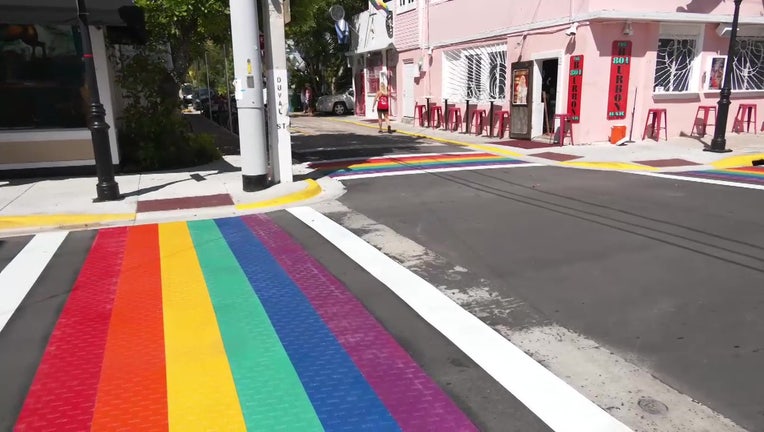 Spanning all four corners of the intersection at Duval and Petronia streets, the crosswalks installed Monday feature long bands of all six colors of the rainbow flag, an internationally recognized LGBTQ symbol.

The crosswalks are composed of pre-formed thermoplastic color stripes. After the stripes were laid on the street by city workers, they were heat-treated with propane torches to affix the colors permanently on the pavement. 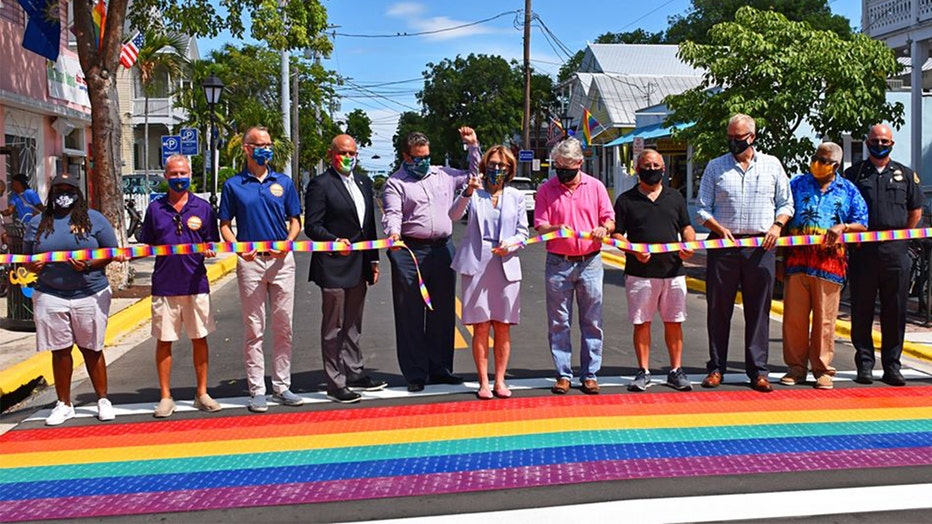 “The rainbow crosswalks mean that everybody is welcome, everybody is equal, everybody is recognized and that we do really abide by the ‘One Human Family’ spirit,” Key West Mayor Teri Johnston said.

“One Human Family” was adopted as the city’s official philosophy in 2000.

The crosswalks’ installation was the final step in a project to repave most of Key West’s historic Duval Street.

Rainbow crosswalks were originally installed in 2015, quickly becoming a city landmark and popular photo stop. Their replacement, necessitated by the repaving project, also allowed for a redesign that makes the rainbow colors stand out more vividly against the asphalt.