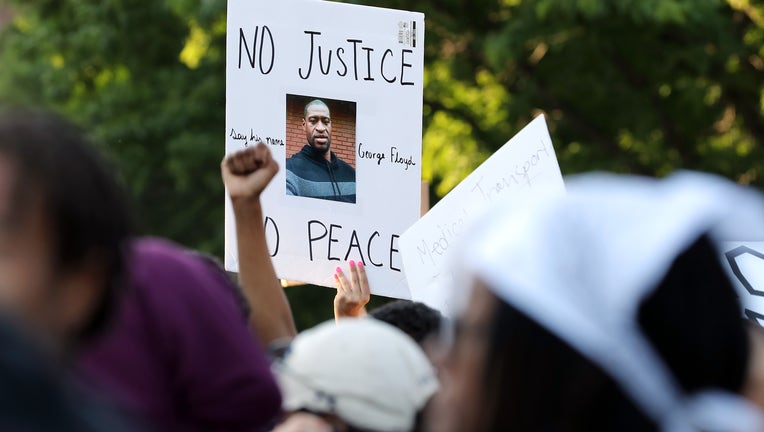 KANSAS - A Kansas resident has tested positive for the coronavirus after attending a recent protest against police brutality, health officials announced on Friday.

Officials with the Lawrence-Douglas County Public Health Department said the person attended a protest in downtown Lawrence on May 31. They advised anyone who attended the demonstration to self-isolate and monitor for symptoms.

“Similar to what we would ask anyone who goes out in public right now, we are asking anyone who attended the recent protest to self-monitor for COVID-19 symptoms and isolate if they become sick as well as call their healthcare provider for next steps,” said Informatics Director Sonia Jordan.

The unidentified protester admitted he was not wearing a mask during the demonstration, health officials added.

His positive test comes as health officials in the U.S. have raised concerns that nationwide protests over George Floyd's death in police custody could spark a wider spread of the coronavirus -- amid months of stay-at-home orders to limit the virus's spread.

"It is the perfect set-up for the spread of the virus in the sense of creating some blips which might turn into some surges,” Dr. Anthony Fauci, a member of President Trump's Coronavirus Task Force, told radio station WTOP-FM in Washington, D.C.

The packed mass demonstrations have seen many without masks, some chanting, shouting, or singing, as the U.S. is nearing 2 million confirmed coronavirus cases. More than 100,500 deaths from the virus have also been recorded in the states.

The coronavirus is mainly thought to spread from person to person contact within close distances, the CDC added.

“As I sat in front of the TV and watched the screen go from Washington, D.C., to New York City, to Los Angeles, to Philadelphia, I got really concerned,” Fauci told the Sunday Times of London. “I was going, ‘Oh my goodness. I hope this doesn’t set us back a lot.’ [After] all of the work in trying to maintain the physical distance and doing all the things, I became very concerned that we might see a resurgence."

According to the CDC, symptoms may appear 2-14 days after exposure to the virus.

"For people who do go into public spaces right now, we advise them to follow social distancing best practices of wearing a mask and trying to stand six feet away from others," health officials added.

Lawrence-Douglas County Public Health epidemiology staff said they were notified of the positive test on Friday after the sample was taken Thursday.