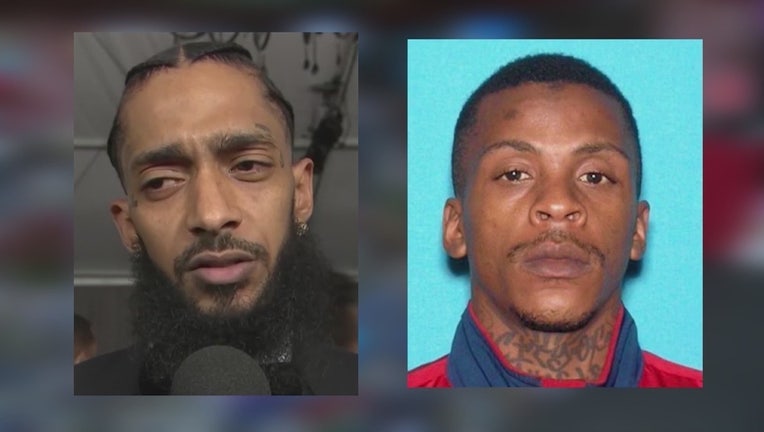 LOS ANGELES -  A judge Thursday denied the defense's bid to dismiss two of the charges against the man charged with murdering Nipsey Hussle outside the rapper's clothing store in the Hyde Park area of Los Angeles in March.

Holder, who will turn 30 next week, was indicted May 9 on one count each of murder and possession of a firearm by a felon and two counts each of attempted murder and assault with a firearm.

The indictment also includes allegations that Holder personally and intentionally discharged a handgun and that he personally inflicted great bodily injury.

• TMZ: Rapper Nipsey Hussle dead at 33 after being shot in South LA

• More than 50 murals of Nipsey Hussle appear in LA

The case could go before a jury sometime early next year, with his trial tentatively set for Feb. 19 in a downtown Los Angeles courtroom.

The prosecutor told the grand jury that the defendant walked up to a group including Hussle -- whose real name was Ermias Joseph Asghedom -- and the ensuing discussion "had something to do with Mr. Asghedom accusing Mr. Holder of snitching, which, in the gang world, is a very serious offense."

Deputy Medical Examiner Lawrence Nguyen told the grand jury that the rapper suffered 11 gunshot wounds, although two of the wounds could have been caused by the same bullet, according to a grand jury transcript.

Two other men, who are named as the victims in the attempted murder and assault with a firearm charges, were injured.

Holder -- a 29-year-old aspiring rapper -- was arrested by Los Angeles County sheriff's deputies about 1 p.m. April 2 in the 9000 block of Artesia Boulevard in Bellflower after a witness called authorities to report seeing a person believed to be Holder.

He remains jailed on $6.53 million bail in a case in which he could face a maximum of life in prison if convicted as charged.