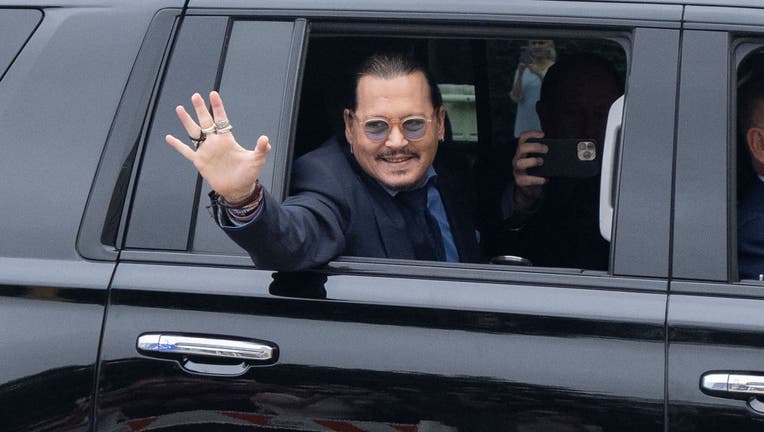 FAIRFAX, VA - MAY 27: (NY & NJ NEWSPAPERS OUT) Johnny Depp waves to his fans as he arrives outside court during the Johnny Depp and Amber Heard civil trial at Fairfax County Circuit Court on May 27, 2022 in Fairfax, Virginia. Depp is seeking $50

Johnny Depp is expected to make a surprise appearance as a Moonman at the 2022 MTV Video Music Awards this weekend, marking another step in his professional comeback since winning his defamation trial against ex-wife Amber Heard.

A source confirmed to Fox News Digital the VMA's have been in talks with Depp, 59, to dress up as the award program's Moonman mascot — recently renamed a Moonperson — for the Aug. 28 broadcast. The news was first reported by TMZ.

The "Pirates of the Caribbean" star is no stranger to the cable television network. He has won five MTV Movie Awards, including best comedic performance in "Benny & Joon" and best villain in the musical "Sweeney Todd: the Demon Barber of Fleet Street."

Verdict SHOCKER: Johnny Depp-Amber Heard BOTH WIN defamation claims against each other

The jury in the Johnny Depp and Amber Heard defamation trial both won claims against each other, a jury decided. Depp was awarded $15 million in damages, Heard was awarded $2 million.

This is the latest development in Depp's post-trial resurgence. He inked a seven-figure deal with Dior to continue as the face of the French fashion house's fragrance Sauvage.

He will also direct his first movie in nearly three decades alongside Al Pacino for the project "Modi," a film based on the life of Italian-born painter and sculptor Amadeo Modigliani.

Depp’s star has been on the rise since a Virginia jury found that Heard had defamed him in a 2018 op-ed by referring to herself as a domestic abuse victim and awarded him $10.35 million in damages.

The six-week trial appears to have restored Depp’s reputation after Heard had accused him of physical and sexual abuse, allegations rejected by the jury. In a minor victory, Heard won $2 million in her counterclaim.

The warring exes, who have been viciously battling in court and the tabloids since their 2016 divorce, are both appealing the verdict.

Representatives for Heard and Depp did not return requests for comment.