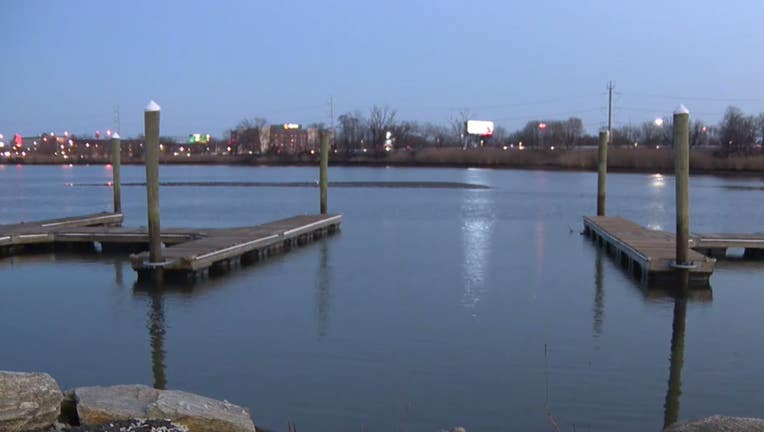 The skeletal remains found in Ridley Township are believed to be of a man missing since 2003, authorities say.

RIDLEY TOWNSHIP, Pa. - After divers from Adventures with Purpose Underwater Dive and Recovery found skeletal remains in a car underwater in Ridley Township, the Delaware County Medical Examiner's Office confirmed it was James Amabile, who went missing in 2003.

Officers responded to the Ridley Township Municipal Marina at 401 S. Swarthmore Avenue around 3 p.m. on March 19 for a report of a missing vehicle discovered.

Human remains believed to be linked to a missing person case from nearly 20 years ago have been found in Ridley Township. FOX 29's Dave Kinchen has more.

Authorities say they were notified by Adventures with Purpose Underwater Dive and Recovery, which investigates cold cases specializing in locating vehicles underwater.

The volunteer divers recovered the car's license plate and human remains, according to police.

The skeletal remains of a person were found underwater in a car in Ridley township, according to a source.

In a video posted to YouTube on March 20, the dive group outlined the details that led them to the car and remains they believed belonged to Amabile as official confirmation was pending.

On Monday, the car was pulled out of the marina and the medical examiner confirmed the remains belong to Amabile on Tuesday, 10 days after the discovery was made.

Amabile was last seen leaving his home in Folsom and driving a 2002 Ford Explorer on his way to pick up his daughters from their babysitter's house, according to the DOE Network. He never arrived and his wife reported him missing.

Amabile's family has requested privacy at this time, authorities say.