CHICAGO - Editor's note: This review originally ran on April 1, 2022 as "Morbius" hit theaters. It has been edited and republished in light of the film's recent premiere on Netflix, where it swiftly hit the streamer's top 10 list. Should you add it to your queue? Read on to find out.

It’s an accepted part of modern day superhero filmmaking that the trailers are going to lie a bit. Saving CGI reveals or cutting around a big climatic fight is a reasonable way to preserve a sense of fun and surprise for the eventual audience. But the trailers for the Jared Leto-led superhero movie "Morbius" take things a step further. They imply that Michael Keaton’s "Spider-Man: Homecoming" character Adrian Toomes is going to be a major presence throughout the film when in actuality he only pops up in a totally unrelated post-credits sequence.

Taken on its own, that’s just a hilariously brash bit of marketing manipulation. But it also reflects the general sense of desperation that hangs over the film, which seems like it’s in full damage-control mode from the moment it begins. Whatever scrap of originality may have initially motivated this project has been trimmed down to something vague (and vaguely palatable) designed to get audiences in and out in under two hours.

Originally planned for a July 2020 premiere before the pandemic pushed it back, "Morbius" is ostensibly Sony Pictures’ attempt to recapture the "Spider-Man"-adjacent success of its gonzo "Venom" franchise. Instead it feels as gloppy and formless as the symbiote himself.

About ‘Morbius’: Interview with a vampire 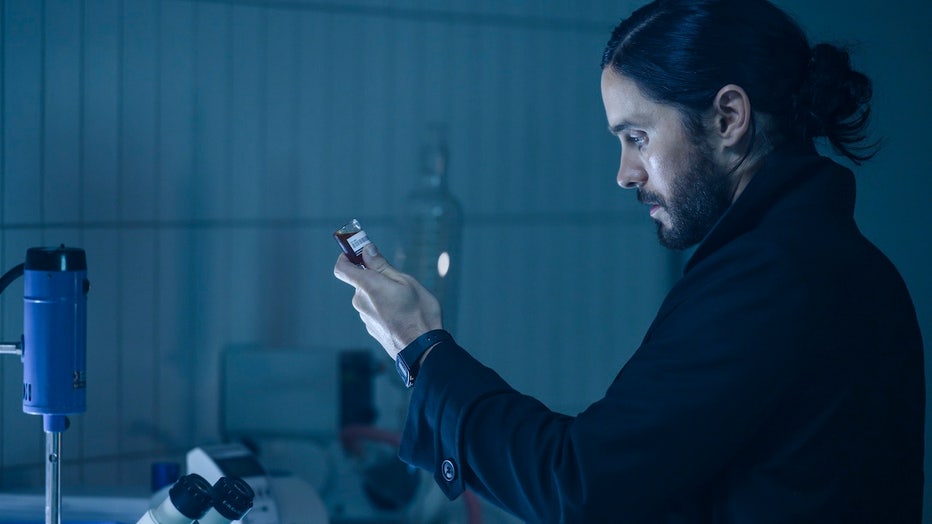 The hook of "Morbius" is that it mixes superhero and vampire tropes together as Dr. Michael Morbius (Leto) sets out to cure his rare, debilitating blood disease and accidentally turns himself into a superpowered bat creature instead. Setting aside that the Wesley Snipes vehicle "Blade" already offered that particular comic book combo back in the ‘90s (as Mahershala Ali’s upcoming MCU reboot will too), "Morbius" has a steep hill to climb given that superheroes and vampires are two of the most well-trod genres in live action pop culture.

Whether your reference point is "Angel," "Twilight" or "The Vampire Diaries," Morbius’ crisis of conscience about drinking human blood will feel awfully familiar; just as his whole "reluctant hero" schtick will feel garden-variety to anyone who’s ever seen a superhero movie before. (So, everyone.) Plus, since this is first and foremost a Hulk-style science-gone-wrong story, "Morbius" misses out of some of the coolest bits of vampire lore — like the idea of living an immortal life through centuries of human history. Instead all we have is a man who decides to cure his blood disorder by casually splicing human and bat DNA together; you know, as one does.

What’s left is a superhero origin story that never quite finds its center because it’s so choppily edited and narratively inert. There’s no driving plot or pointed character study, just lots and lots of incident. The film clumsily rushes through its setup to get Morbius to his souped-up vampire state. But once it does, it doesn’t seem to have any idea what to do with him. 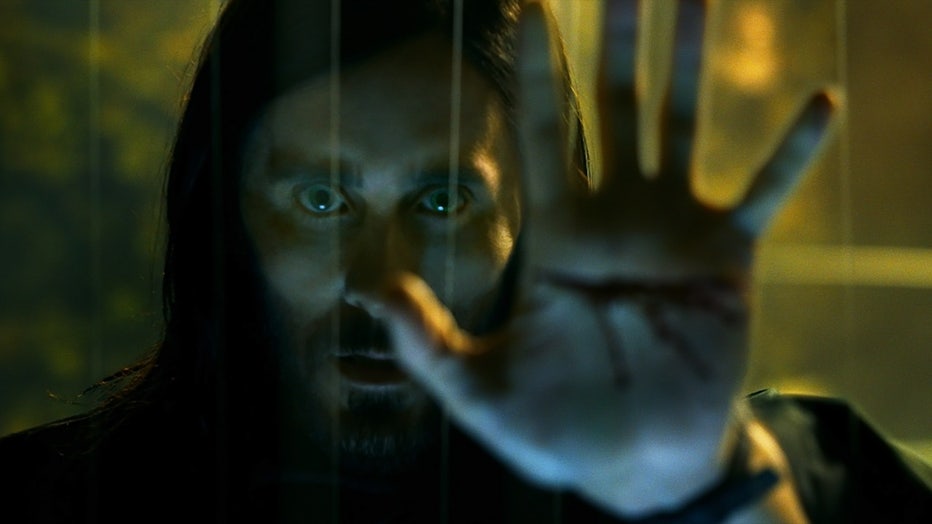 It doesn’t help that unlike Tom Hardy’s bananas performance in "Venom," Leto is a touch boring as the film’s central antihero. After his larger-than-life supporting turns in 2016’s "Suicide Squad" and 2021’s "House of Gucci," Leto’s very much trying to sell himself as a conventional, muscular movie star here. And while it’s not a bad performance per se (he gives Morbius a fundamental likability that’s compelling to watch), the restraint does mean Leto gets a little lost in the shuffle of all the vampire madness around him. It’s strange to watch a character slurp down bags of blood and think, "Oh, yeah, he seems like a nice, normal guy."

WATCH FREE ON TUBI: Jared Leto in "Requiem for a Dream" 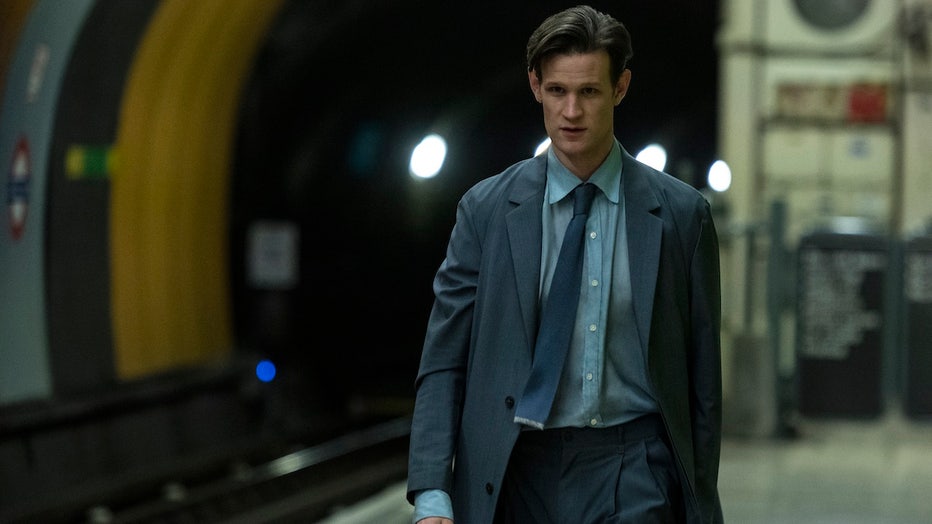 RELATED: ‘House of the Dragon’ throws yet another red wedding in Westeros

Instead, the standout turn comes from "House of the Dragon" star Matt Smith, who would very much like people to remember that he starred as Patrick Bateman in the West End musical version of "American Psycho," thank you very much. Smith stylishly sashays his way through the role of Milo, Morbius’ wealthy childhood best friend who suffers from the same blood disorder and has far fewer moral scruples when it comes to figuring out how to cure it.

As with Brad Pitt and Tom Cruise in "Interview with the Vampire," there’s an undercurrent of romantic longing to the brotherly bond between Milo and Morbius. And it feels like a better version of "Morbius" would’ve put their complicated dynamic even more front and center. Alas, "Morbius" is too bound to comic book movie convention to become the overt gay vampire superhero melodrama it probably should have been. Instead, Adria Arjona is there because Morbius needs a (female) love interest. Jared Harris is there because he needs a father figure. And Tyrese Gibson and Al Madrigal are there because these kinds of movies usually have cops in them, right?

"Morbius" does feature the occasional dash of visual panache; these moments are serviceable enough, if hardly reason alone to see the movie. Random bursts of stylized slow-motion echo a "Matrix" sequel or Zack Snyder film, while Morbius’ vampire abilities are highlighted with trails of billowing colored smoke that call to mind Nightcrawler in the "X-Men" movies.

Indeed, "Morbius" often conjures-up those forgettable latter day X-Men films like "Dark Phoenix" or "The New Mutants" — movies that barely seem to have existed at all. Innocuous at best and laughable at worst, "Morbius" has no legs — or wings — to stand on. No wonder the trailers had to fib. 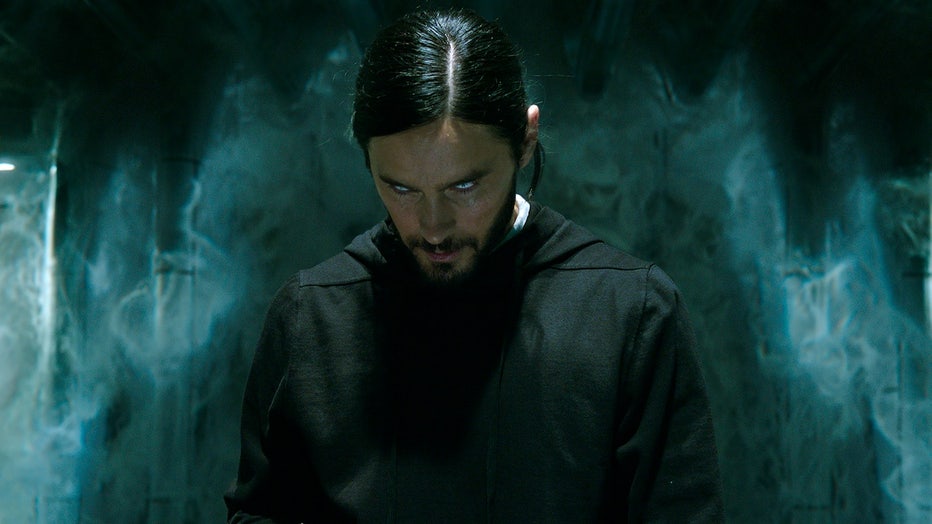 Make it a double feature with "The Toxic Avenger," streaming free on Tubi

"The Toxic Avenger" is streaming free on Tubi — get the app

How to watch "Morbius"

"Morbius" is streaming on Netflix for a limited time. Plans start at $9.99 a month; higher tiers include better quality video and the ability to stream on multiple devices simultaneously. "Morbius" is also available to rent via places like Redbox, Apple TV, Vudu and Amazon’s Prime Video.