Some Kissimmee police officers are under investigation after body camera video showed a car theft suspect was pushed off of a roof by one of the officers.

KISSIMMEE, Fla. - A suspect was pushed off of a roof, falling more than nine feet to the ground. Kissimmee police officers responded to a home where they located a car theft suspect, Yadiel Torres.

Body camera footage from the March 2019 incident shows Torres sneaking out a window onto the roof, with Officer Plenio Massiah in pursuit.

Officer Massiah then pushes Torres, who is tased, once on the ground. 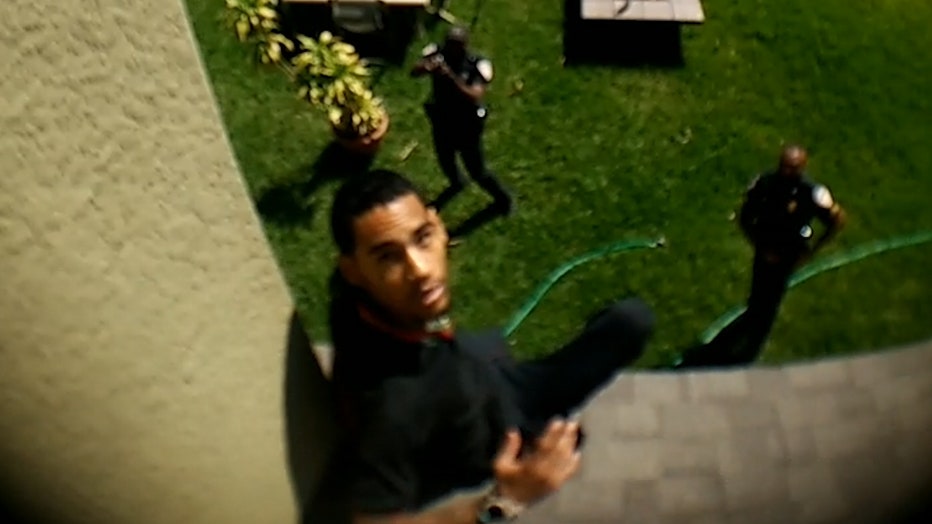 The officers have told investigators that Torres repeatedly refused to surrender, and they believed he would try to run. However, an internal investigation, documented in a 41-page report, concluded that both officers used excessive force.

For that, Officer Massiah was disciplined with an 8-hour, unpaid suspension. Amada’s actions, however, were also determined to be careless for directing Massiah to push Torres, several times. Termination was recommended, but Amada resigned before he could be fired.

Torres told investigators he was not injured by the fall, he has not pressed any charges at this time.