A man is accused of chasing a couple through Ormond Beach in an alleged road rage incident.

According to a police report, an unnamed couple claimed 33-year-old Delbert Briggs Jr. cut them off on the road, and when they tried to avoid him, they said Briggs's car hit a curb. The couple said that's when Briggs started to follow them at a high rate of speed.

A woman inside the car called 911 and the dispatcher directed the couple to the Ormond Becah Police station that was minutes away.

"Oh my God! Please stop! It's getting crazy. Get to the police department. I need help. I need help," the woman said on the 911 call.

According to the report, when the couple pulled into the police department parking lot the woman was still on the phone with dispatch and Briggs was still behind them. Police said he blocked the couple from leaving the parking lot. The woman claimed they were bring threatened with a gun. Police did not find a gun on Briggs or in his car.

When police officers came outside, the woman broke into tears. While police were questioning Briggs, he confessed to the chase. 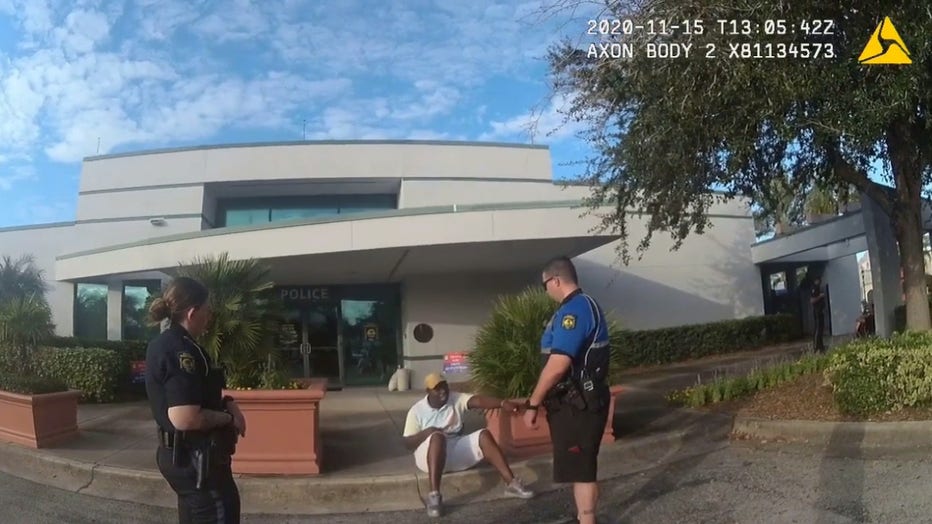 "I chased him. I chased him all around town," said Briggs on body camera video. "I kept coming. I caught him up here."

Briggs was charged with assault and false imprisonment.