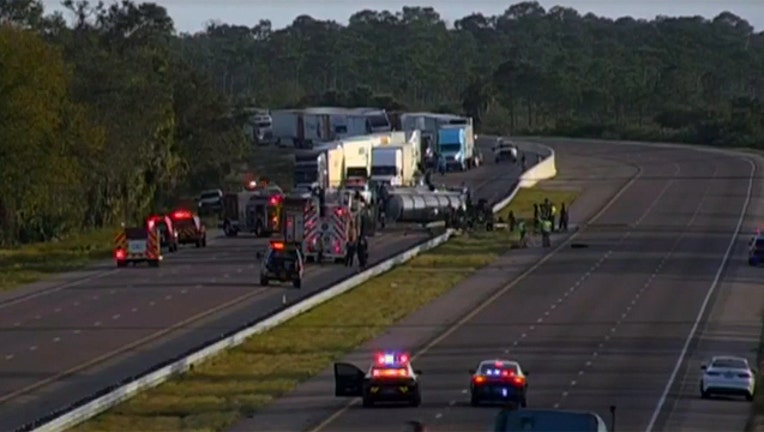 MICCO, Fla. (WOFL FOX 35) - The Florida Highway Patrol closed Interstate 95 in both directions late Wednesday afternoon, after a tanker truck was involved in a crash with another vehicle.

The crash happened Wednesday afternoon near Micco, Florida, at mile marker 164, just north of the Brevard and Indian River county line. Troopers with the FHP say there is at least one fatality, identified only as the driver of the truck. Two people were transported to Holmes Regional Medical Center.

The tanker, which was hauling hydrogen peroxide, had overturned along northbound lanes, and it took several hours before the lanes were completely clear and open.