The change is likely to cause confusion for drivers on Monday morning, as the new, temporary exit is on the left side of the highway and comes about a mile sooner than it previously did.

ORLANDO, Fla. - I-4 Ultimate is encouraging drivers to stay alert and be patient as thousands of drivers get used to a major shift to the I-4 westbound Colonial Drive exit.

I-4 Ultimate Public Information Officer David Parks said drivers will need to stay alert so they do not miss the new exit ramp. He warned that "drivers will need to be in that left-hand lane as they cross over Princeton Street. That’s about three-quarters of a mile sooner than they’ve been exiting before.”

Parks said the new temporary exit ramp will be in place for about a year and will allow crews to reconstruct the westbound exit to Colonial Drive and finish working on the westbound lanes through downtown.

He also said that the temporary exit ramp will still take drivers into downtown, stating that “they’ll come down between eastbound and westbound I-4 and brought down to a traffic light at the intersection with Ivanhoe Boulevard, cross through that intersection onto Legion Place. That becomes Orange Avenue and then from Orange Avenue you can turn left or right onto Colonial Drive.” 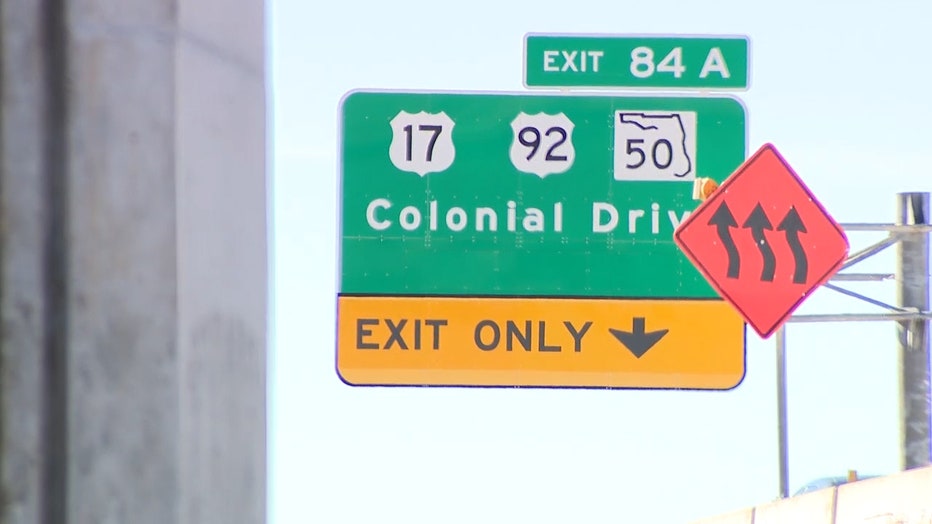 Parks said crews have already adjusted traffic signal timing to compensate for the change but with 12,000 drivers using the Colonial Drive exit per day, he is encouraging people to be patient while everyone gets used to the change.

Parks said, “If you miss the exit don’t stop on I-4, make a mental note for next time, continue on down to Anderson Street. You can exit the downtown area from Anderson Street and then be prepared for the next time you come through this area.”