Crash shuts down I-4 westbound for hours

FOX 35 News recaps what happened and how long it took to clear the road up.

LONGWOOD, Fla. - All westbound lanes of Interstate 4 in Longwood have reopened after being shut down for more than 4 hours on Wednesday morning. Authorities say a tractor trailer overturned blocking the roadway and backing up traffic up for miles.

The lumber that the semi was hauling spilled all over the I-4 lanes, shutting the lanes down and causing headaches for drivers during their morning commute. The driver has been identified as Julio Gonzalez, according to the Florida Highway Patrol.

The accident happened around 6:00 a.m. near State Road 434 near mile marker 95. Traffic was backed up for miles. 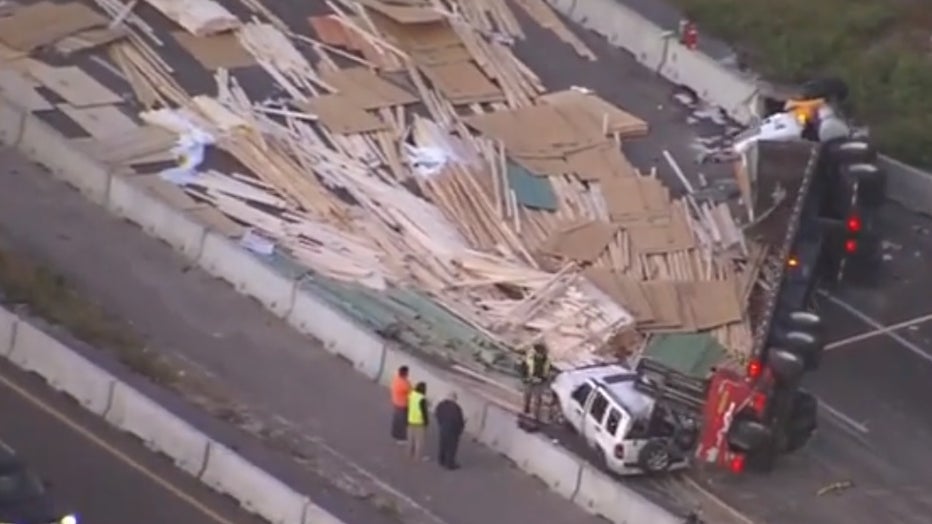 "This will be affecting you if you are leaving Volusia County, Daytona Beach or Lake Mary headed toward downtown Orlando," said FOX 35's Kristin Giannas.

Florida Highway Patrol Sgt. Kim Montes says that Gonzalez was driving the semi in the center lane when he swerved into the left lane and over-corrected, causing the lumber to shift and the vehicle to overturn. An SUV ended up pinned against the guardrail.

"The driver of the semi-truck was transported with non-life-threatening injuries. The two people in the SUV were not hurt," she told FOX 35 News.

Sgt. Montes says that along with the plywood that was all over the road, there was also a small fuel spill. 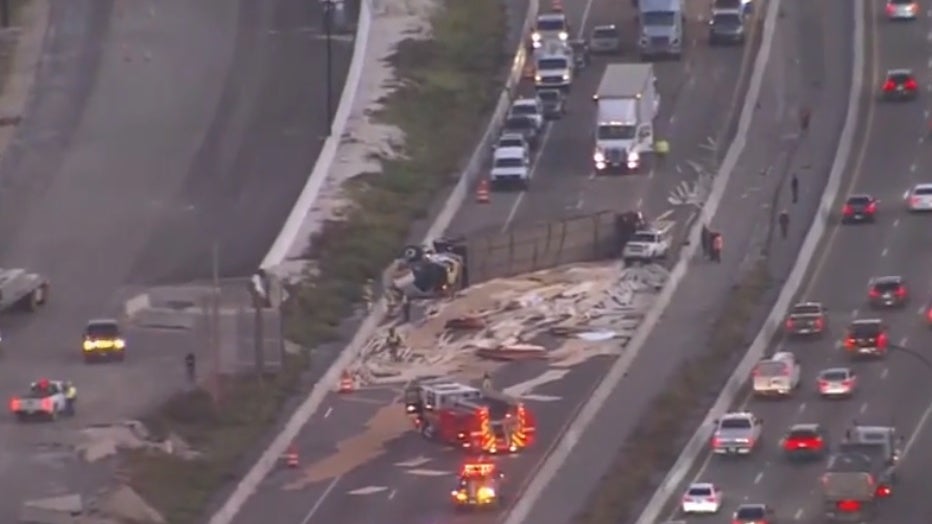 Traffic was diverted through the rest area near Exit 94 while crews cleaned up the mess. All lanes reopened just after 10:00 a.m.

FHP says the crash remains under investigation and charges are pending.