People in Orange County took a polar plunge on New Year's Day, in the 68-degree water of Rock Springs in Kelly Park.

APOPKA, Fla. - About 200 people splashed into 2020 by jumping into Rock Springs at Kelly Park for the 2nd annual Black Bear Polar Plunge.

Orange County Parks and Recreation hosted the event as a fun way to celebrate the New Year.

“Something very unusual and you’re not going to have to break ice like you would if you were in Pittsburgh or Chicago jumping in the river,” said Mandy Kimmer, public information officer for Orange County Parks and Recreation.

The water temperature at Rock Springs is a constant 68 degrees and it was about 59 degrees outside but people who took the plunge said they still felt the chill. 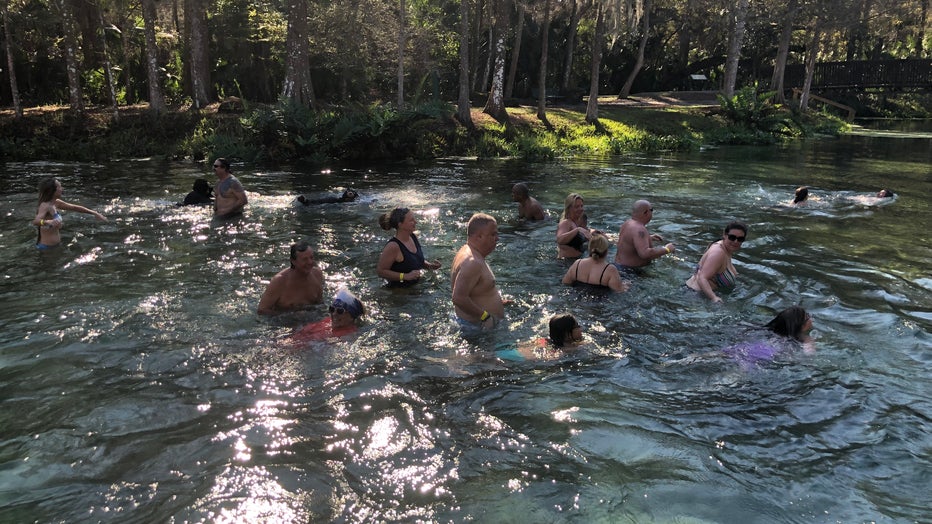 “[It was] way too cold. It was nice though, real nice,” said Adrian Davis, who took the plunge for the first time with his wife.

“It was a little chilly at first but got real nice, real fast,” said Dan McCoy, who has participated in a polar plunge in Chicago. He called the one in Kelly Park a “walk in the park” but a fun way to ring in the new decade.

A couple dressed up in black bear costumes made the three hour drive up from Miami to jump into the water. They said taking part in the festivities was also a way to honor their six-year relationship. Rolando Perez said, “This is a special place for us. We met in this very river a few years ago kayaking, so it’s like a good tradition.”

Perez said it is the first time since he and his girlfriend have been back to the area since they met.