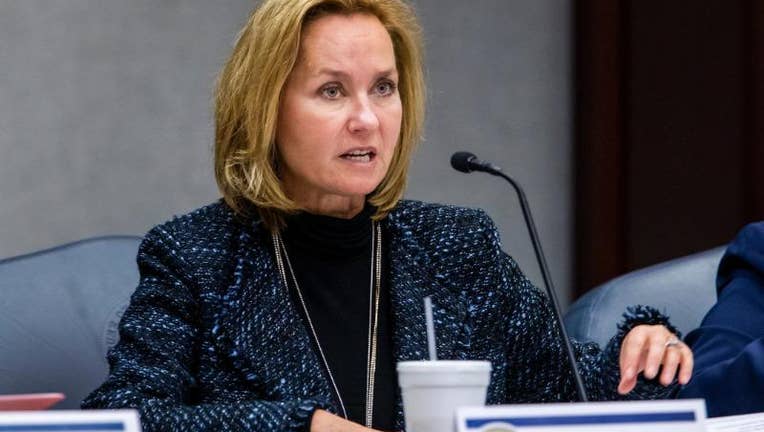 (Photo by The News Service of Florida)

TALLAHASSEE, Fla. - The chance that Florida legislators this year will redesign the Medicaid program for people with developmental disabilities is dwindling.

While the House has pushed in the past for an overhaul of the program, the Republican who oversees health-care spending said she thinks, for now, the agency running the program can continue operating as is.

“I think we are able to accomplish what we need to accomplish with the statutes that we have,” Rep. MaryLynn Magar, R-Tequesta, told The News Service of Florida. “And the (Agency for Persons with Disabilities), the management, they can pull together.”

Magar said her priority is reaching agreement with the Senate on how to fund the agency for the fiscal year that starts July 1.

“I’m focused on the funding and taking a look at what the Senate budget offers and at what we offer and be able to work on funding so we come up with mutually beneficial amounts,” she said.

Redesigning the Medicaid “waiver” program, which is designed to provide services to people in their homes and communities, has been a priority for Senate President' Bill Galvano, R-Bradenton.

But midway through the 60-day legislative session, the House hasn't considered the bill.

“I read the bill, it’s been awhile, a couple of weeks, but I believe that most of the things within the bill, the agency really already has the authority to do,” said Magar, chairwoman of the House Health Care Appropriations Subcommittee.

“Senate Bill 82 is a structural change that begins to protect the long-term integrity of the agency,” Bean said.

And while he acknowledges that the agency could alter its rules to make changes, he said, “When lawmakers do it, it happens a lot faster.”

The debate focuses on the agency’s “iBudget” program, which began in 2014. The program serves people who have been diagnosed with intellectual disabilities or other disorders, such as severe forms of autism, spina bifida, cerebral palsy or Down syndrome.

The iBudget was designed to help people with disabilities live as independently as possible in their own homes or communities. Beneficiaries have individual budgets to spend on the services they require. The budgets are determined using a complex algorithm.

The House’s present position on redesigning the iBudget program is a turnaround from last year.

At the behest of the House, the Senate last year agreed to require the Agency for Persons with Disabilities and the Agency for Health Care Administration, which oversees much of the Medicaid system, to develop an alternative model to the iBudget program. The agencies also were told to identify services that are essential for health and safety and to recommend elimination of other services that are too expensive.

But a Sept. 30 report didn’t include a recommended redesign of the program or services that could be eliminated. Instead, it recommended maintaining the iBudget program and implementing caps on some of the services.

“The Legislature had directed APD to come up with some plans within certain parameters, and I don’t think they did that,” Sprowls, R-Palm Harbor, told the News Service. “So it was kind of a curve ball.”

Meanwhile, the House and Senate are preparing to negotiate differences in their versions of a fiscal year 2020-2021 budget.