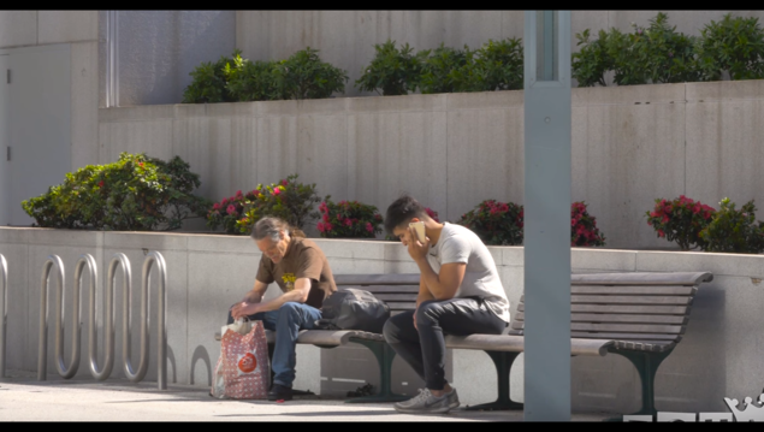 SAN FRANCISCO - A social experiment filmed in San Francisco is going viral because of a homeless man's incredible act of kindness.

The video shows a man sleeping on a bench near the Metreon Shopping Center.

The video producer tucks some cash under the man while he is sleeping.

When the man wakes up, he is visibly excited to see the cash and immediately goes to the nearby Target store.

He returns a few minutes later with new blankets and pillows.

At that point, the producer pretends to be talking on the phone with a friend, telling him that he needs money to pay for his sick daughter's medication.

The homeless man hears the conversation and decides to return the items he just purchased and gives the money to a complete stranger who he believes needs the money more than he does.

The producer reveals that he is filming a social experiment and offers the man $500. The homeless man begins to cry.

The video uploaded to YouTube by Johal has been viewed nearly 2 million times.