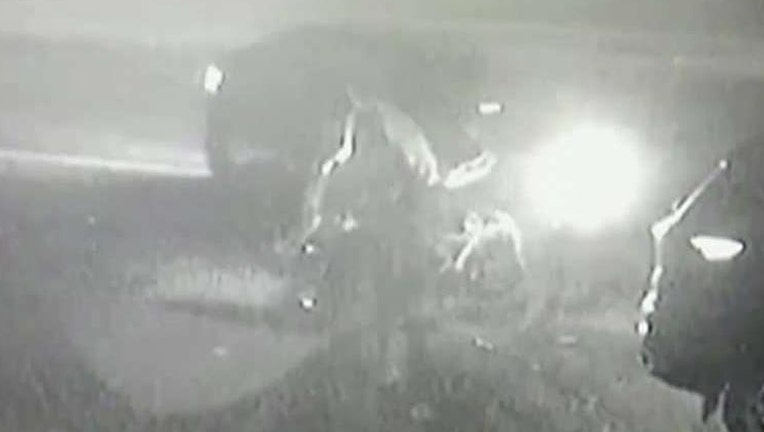 BOSTON - Cops are looking for the person who was behind the wheel of a dark-colored Subaru Legacy that plowed into a group of kids riding bikes in Stoneham, Mass., before speeding away.

The Stoneham Police Department said in a news release the incident happened Sunday shortly after 6:30 p.m., when the agency received "multiple 911 calls" about a hit-and-run crash involving several children who were struck by a vehicle.

“I just looked over and I saw headlights coming right at me,” Julia Cabral, 13, told Boston 25 News. “I heard a car swerve. And it all happened in like an instant. And I ran away cause I didn’t know if the car was going to hit me again. And then I looked down and I had, like, blood coming from my foot.”

Police said the four children, all of whom were between the ages of 12 and 13, were standing with their bikes in front of a home when the car suddenly turned into the driveway and struck them.

Surveillance video shows the moment the vehicle strikes the group, sending them flying into a nearby bush. The driver then reportedly beeped, hit another car in the driveway and fled — with one of the bicycles still lodged underneath the vehicle, according to police.

All four of the children were treated on-scene by first responders, and two were later transported by ambulance from the scene to an area hospital with minor injuries.

“I just feel kind of in shock how someone would hit four teenaged kids and then just speed away and not even stop or ask if we’re ok," Cabral told Boston 25.

Anyone with information on the vehicle involved in the crash or the driver is asked to contact the Stoneham Police Department at (781)-438-1215.