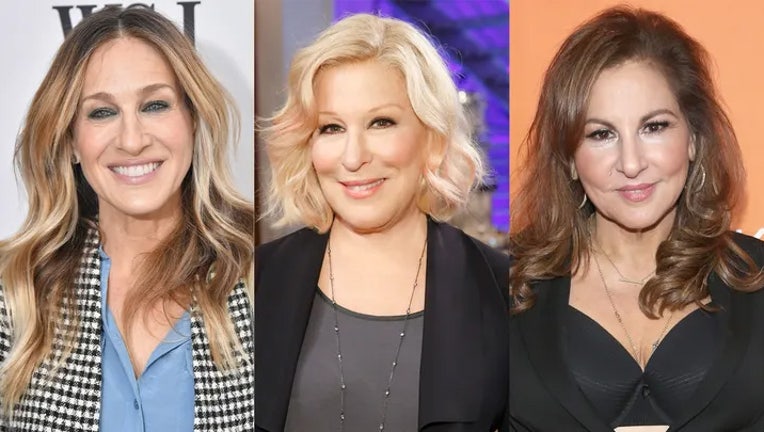 Sarah Jessica Parker, Bette Midler and Kathy Najimy will all appear in the 'Hocus Pocus' sequel on Disney+. (Getty Images)

The release of "Hocus Pocus 2" is coming on September 30, just in time for fall, where viewers will get to see the three Sanderson Sisters return to the screens, but unfortunately, some other key characters from the first film will not be back to reprise their roles.

The first movie came out in 1993 and starred Bette Midler, Sarah Jessica Parker and Kathy Najimy as the Sanderson Sisters. All three of the witches will be back for the second movie.

The other main characters in the 90s Halloween flick were Max and Allison, played by Omri Katz and Vinessa Shaw along with Max's younger sister Dani who was played by Thora Birch. The younger trio from the original "Hocus Pocus" were not involved with the sequel, but according to the film's director Anne Fletcher, their noninvolvement wasn't for lack of trying, but because it was difficult to incorporate the characters into the new movie's plot.

"We wanted to weave in all of the people that the fans loved, and when you sat back with all the ingredients and story, you're like, how do we make this work?" Fletcher told Entertainment Weekly. "It was very difficult to try to have them be a part of it, because we did talk about it — painstakingly. You're trying to stay on track with story, even if they came in as a cameo. People would say, 'They could be in the background!' and I'm like, really? You're going to put the leads of the first movie in the background and be satisfied? You're not going to be satisfied, you're going to be angry."

Beside's the three Sanderson Sisters, there is only one other actor reprising his role in "Hocus Pocus 2." Doug Jones, who played Billy Butcherson in the first movie will be back to play the role once again.

Larry Bagby and Tobias Jelinek, who played high school bullies in the first film will not be back to play their roles and even though the infamous black cat Thackery Binx from the first film was briefly shown in the "Hocus Pocus 2" trailer, Jason Marsden who was the voice of the cat is also not in the second film.

Being that a portion of the original cast is absent from "Hocus Pocus 2," it leaves lots of room for new characters. Kahmora Hall, Ginger Minj and Kornbread "The Snack" Jete from "RuPaul's Drag Race" will be in the new movie along with Sam Richardson, Tony Hale and Hannah Waddingham who are all on the cast list for the upcoming movie.

The plot of "Hocus Pocus 2" starts out similar to the first movie, but this time, there is a new group of teens in Salem played by Belissa Escobedo, Lilia Buckingham and Whitney Peak who awaken the Sanderson Sisters. The movie takes place 30 years after the original.

The trailer for the new movie came out in June and "Hocus Pocus 2" will be available to stream on Disney+ on September 30.

LINK: Get more on this story from FOXnews.com