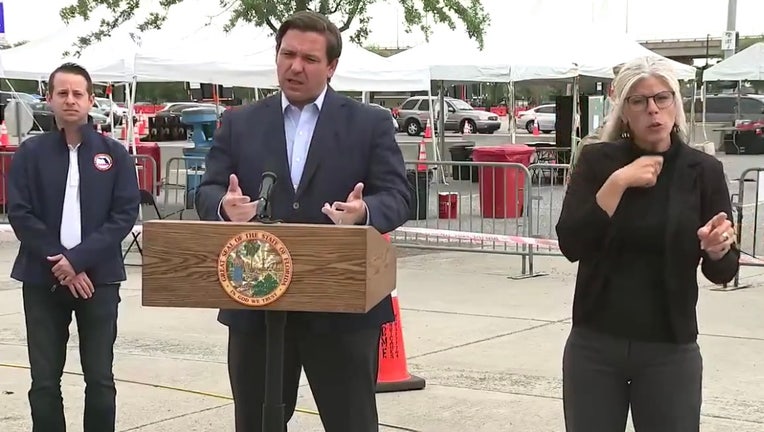 JACKSONVILLE, Fla. - Florida Governor Ron DeSantis announced on Friday that he wants to expand the requirements in order to give more people access to being tested for coronavirus.

Testing sites in Florida, including at the Orange County Convention Center site, were previously limited to 250 tests per day. Once they used their allotted amount, medical staff had to turn people away. You also had to be 65 or older at some testing sites.

DeSantis says he now wants to open up testing to all ages and to anyone who has come in close contact with someone who has tested positive, regardless if they have symptoms or not.

The governor says they have tested 163,000 people so far.  They have also screened over 17,000 people coming from so-called 'hot spots' New York and Louisiana.

On Friday, the Florida Department of Health announced that there are over 17,500 cases in the state as the death toll rose to nearly 400.