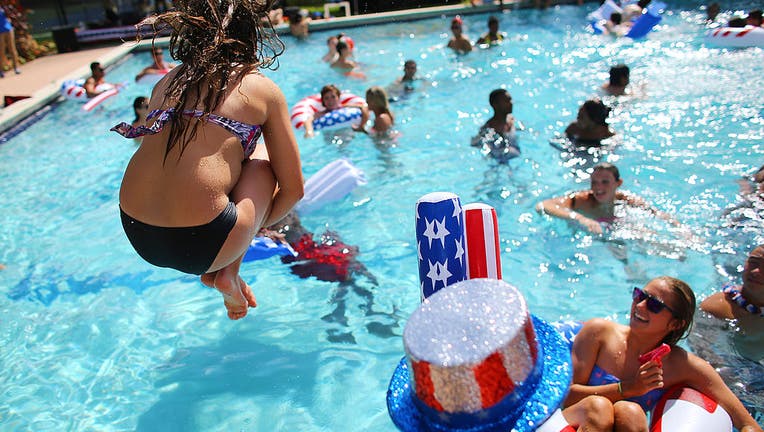 TALLAHASSEE - Florida Gov. Ron DeSantis said Thursday he would seek a “bill of rights” for college students following crackdowns on parties and other social gatherings that some blame for a surge in COVID-19 cases on campuses around the country.

“I understand that universities are trying to do the right thing,” DeSantis said during a news briefing at the Capitol, “but I personally think it’s dramatically draconian that a student could get potentially expelled for going to a party. That’s what college kids do.”

The Republican governor also said he would move to block local governments from closing restaurants again, saying there’s little evidence such closures have slowed the spread of the coronavirus.

On Thursday, Florida reported 2,541 more COVID-19 cases, bringing the statewide total to more than 693,000. The state also reported 177 more deaths, bringing the total among Florida residents to at least 13,795.

The dual announcements came after a virtual roundtable the governor hosted from the Capitol. It included three experts who questioned some of the mandatory measures — including school closures and mask mandates — put in place to control the outbreak.

The experts — two from Stanford University and one from Harvard — acknowledged their views were outside the mainstream of thought within the public health community. And their views mostly aligned with those of the governor in opposing lockdowns and restrictions, particularly among young people.

Even before the roundtable ended, some Democrats assailed DeSantis for too quickly reopening the state.

“Almost 14,000 deaths and almost 700,000 cases in Florida are testament to the failures of the governor in effectively combating this pandemic,” Berman said. “So, too, are the current outbreaks and hotspots in schools and on college campuses, thanks to his push to quickly reopen these facilities.”

College administrators in Florida and elsewhere have warned students to heed pandemic precautions or suffer repercussions — not just to their health but to their academic careers.