BROOKHAVEN, Ga. - A Georgia police officer investigated her own background and found three brothers who grew up in the city where she moved for her current job. What’s more, two of them were career public service, like their sister, according to a police department’s Facebook post. 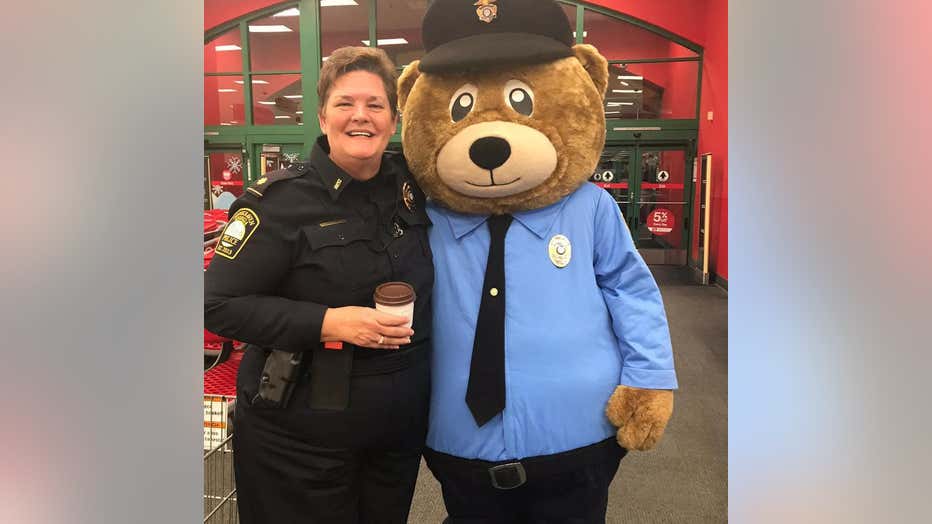 Maj. Linda Burke, commander of criminal investigations for the Brookhaven Police Department, knew she’d been adopted at birth in 1961. She also knew that her mother was 19 and unmarried, and had moved from California to Georgia to give birth to her.

“Growing up, I always wondered where I belonged, who I belonged to. Now I know,” Burke said. 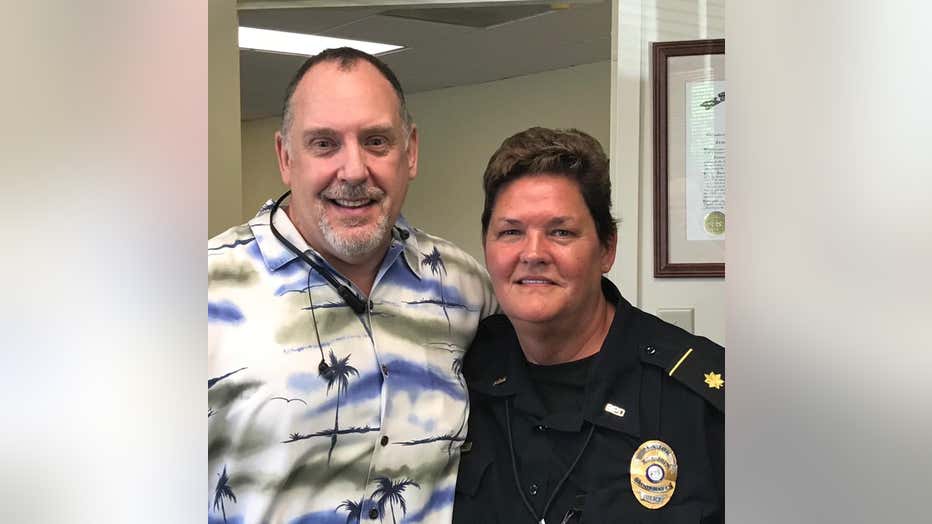 While recovering from surgery that damaged her voice, she got in touch with the Georgia Adoption Reunion Registry.

Bruce Koshkin said that when the registry first contacted him, he thought it was a scam. Burke texted him weeks later, and he pulled his car over in shock. He texted Danny Koshkin. 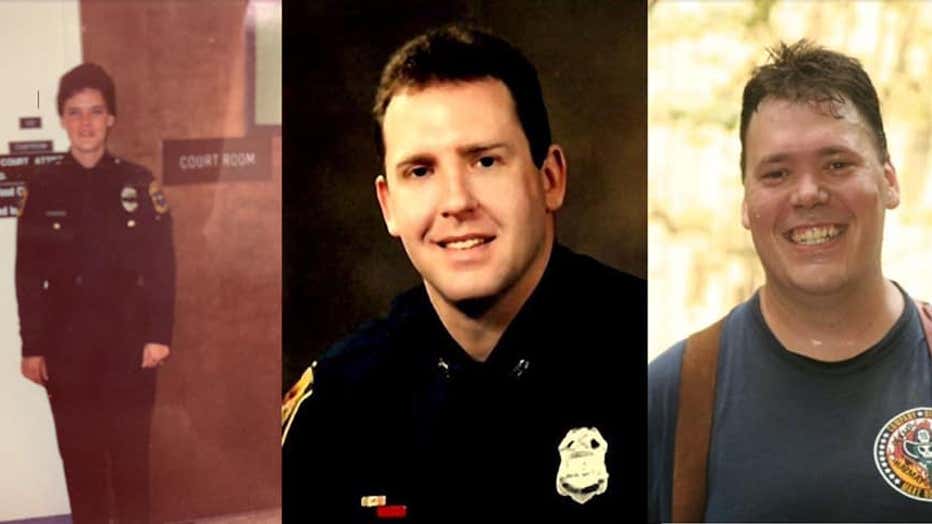 Early in their careers: (left) Major Burke, circa 1991, then with Fulton County Police; (center) Bruce, then with Dekalb Police, circa 1985; (right) Danny, circa 2004, DeKalb County Fire Rescue. (Brookhaven Police Department)

After meeting Bruce, Danny and Jeffrey Koshkin, Burke learned that their mother had married the Koshkins’ father the same year she gave Burke up for adoption.

The first time he saw Burke, Danny Koshkin said, “It was like I was looking at Mom again.”

He’s been with DeKalb County fire rescue for 18 years. Bruce Koshkin has worked for DeKalb police, Dekalb fire rescue and the DeKalb Medical Examiner’s office for a total of 24 years. 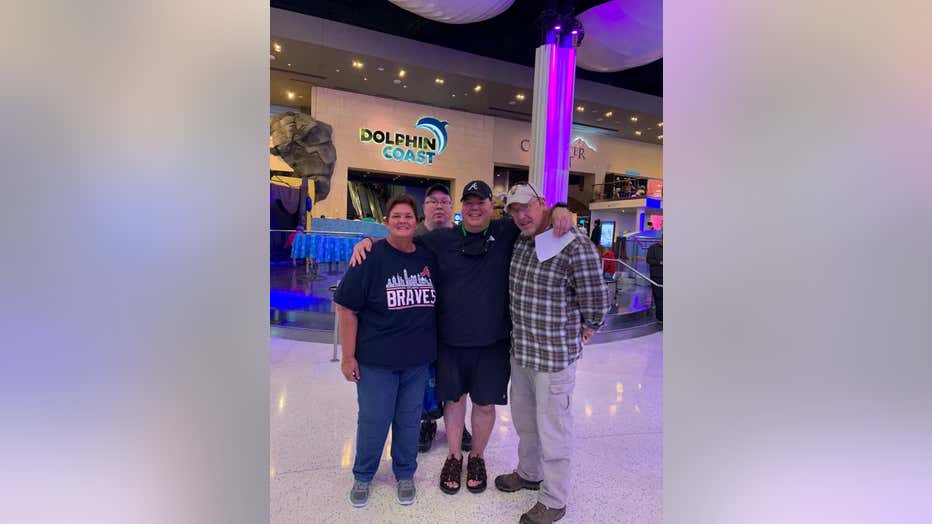 A group outing to the Georgia Aquarium (Brookhaven Police Department)

Brookhaven, an Atlanta suburb, is in western DeKalb County, less than 7 miles from the county seat. Burke said she had no ties to Brookhaven before moving to that city, where Danny Koshkin still lives.

Danny Koshkin said their mother had never told them they had a half-sister, “even in her last days.” 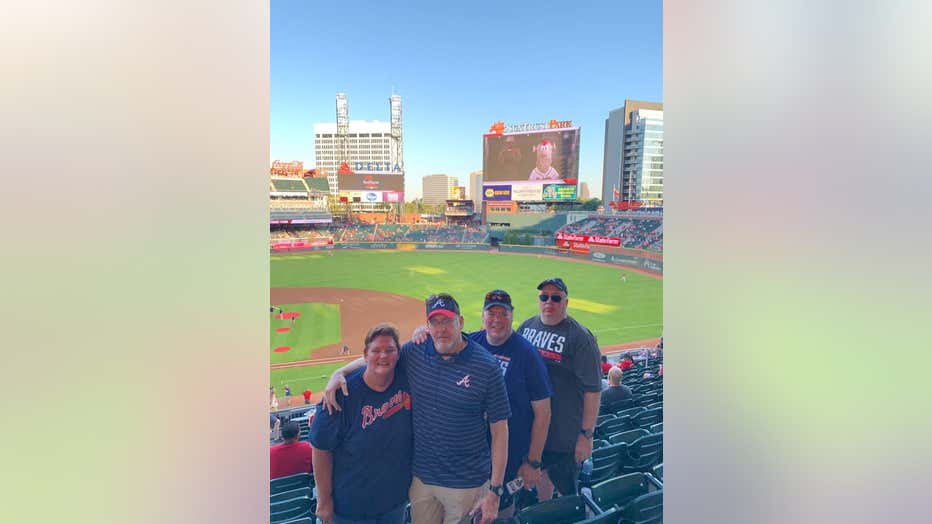 Bruce and Danny Koshkin said that, like them, Jeffrey Koshkin was shocked at the news but has embraced their sister.

“I can’t think of a better Christmas gift than my sister,” Bruce Koshkin said.

“She asked me what I wanted for Christmas. I said I already got it,” Danny Koshkin said.

Burke said, “I think it’s a God thing. I mean, I was going through a very rough time in my life and, don’t make me cry, I’m just very happy.”