A young, gay couple tells FOX 5 they were attacked in D.C.’s Shaw neighborhood simply due to their sexual orientation. D.C. police has confirmed they are investigating the weekend incident as a possible hate crime.

WASHINGTON - A young gay couple tells FOX 5 they were accused of having monkeypox and attacked in D.C.’s Shaw neighborhood simply due to their sexual orientation.

D.C. police have confirmed they are investigating the weekend incident as a possible hate crime.

"I feel like since the attack I’ve been in kind of this weird state of constant fight or flight, like I can’t really feel at ease, and it seems kind of surreal, I don’t know," said one of the two victims on Tuesday. He spoke with FOX 5 over the phone and asked to go by "Robert" for safety reasons.

A gay couple tell FOX 5 they were attacked and accused of having monkeypox in Northwest DC. Police have confirmed they are investigating the weekend incident as a possible hate crime.

Robert shared two photos, showing his partner’s busted lip and a bloody shirt from the incident.

According to a police report, the assault happened around 5:40 p.m. on Sunday, Aug. 7.

The two victims say they were walking from U Street to a bus stop by the Shaw Metro Station when a group of young males, believed to be teens, called them homophobic slurs, including "monkeypox f----ts."

Robert tells FOX 5 that at first, the couple turned to the name-calling but then decided to walk away.

That’s when he says one of the suspects ran behind him and sucker-punched him as he turned around. His partner was also hit.

Robert went to get checked out on Tuesday after he says he suffered bruising around his temple and forehead. 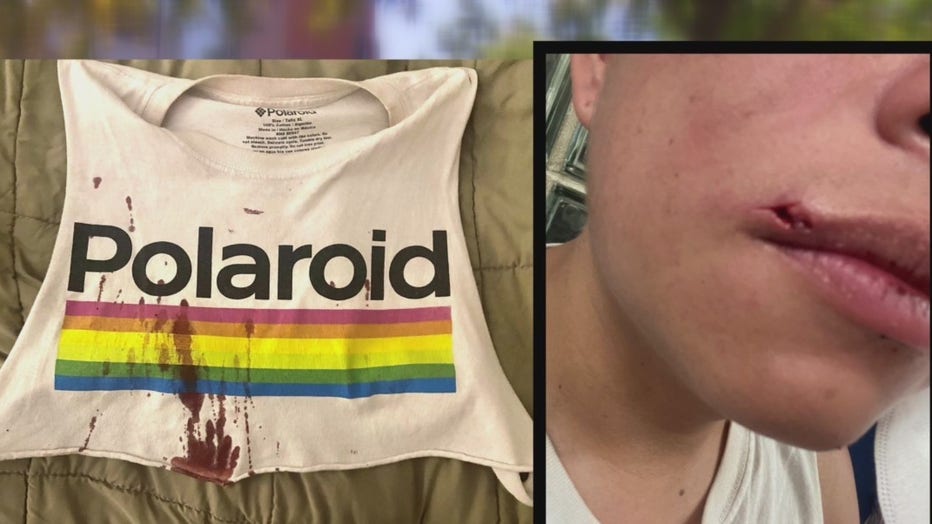 FOX 5 also spoke with the witness who called 911. That person told us multiple times, that she thought the suspects were going to kill the two victims, describing what she saw as a serious "beating."

The witness says the two victims were minding their own business, walking across the street in the opposite direction when the homophobic name-calling began.

"No one should go through what those two went through," the witness told FOX 5.

Both Robert and his partner say they are from Texas.

"I’m not going to feel safe walking around D.C. for a long time. I’ll be looking over my shoulder … Probably be a little bit more cautious for sure," Robert said. "I’ve had way more experiences just this summer than I’ve had in my entire life.  Specifically in the District, I live in Alexandria, but I go in D.C. all the time for friends and work and such … So, it’s just crazy that this never …  Nothing like this has ever happened to me in Texas, which I think people associated with being more conservative or homophobic."

Based on online data, D.C. police has responded to at least 64 bias-related incidents so far this year (as of June 30th) — 23 of those reported involved sexual orientation alone.

High volumes of biased incidents based on sexual orientation were reported in 2017, 2018 and 2019.

D.C. police have not released any surveillance videos of the suspects in this incident yet. Robert says the person who attacked him was a Black male in a black shirt, black jeans with a small bandage on his face. He also told FOX 5 that two girls separated themselves from the group of suspects and went back to apologize to him and Antonio.

Mayor Muriel Bowser released a statement on the incident, saying she is "extremely disturbed" by the reported hate crime that happened in D.C. this weekend.

"I want to send my support to the victims. I also want to thank MPD's LGBT Liaison Unit for being part of the investigation. Whenever a hate crime happens in our city, it is our collective responsibility to understand the role we each play in building a safer community for every person who lives in and visits D.C.," Bowser said. "We must stand up for our friends and neighbors, especially right now when there is too much anti-LGBTQ+ rhetoric sweeping our nation. We must call out the people in our circles if they promote hateful or ignorant ideology, especially right now when people are using public health to stigmatize and discriminate against members of the LGBTQ+ community. We hold our D.C. values dear, but protecting and advancing our values is a collective and intentional effort."

D.C. police released images (below) of the suspects believed to have attacked the couple. 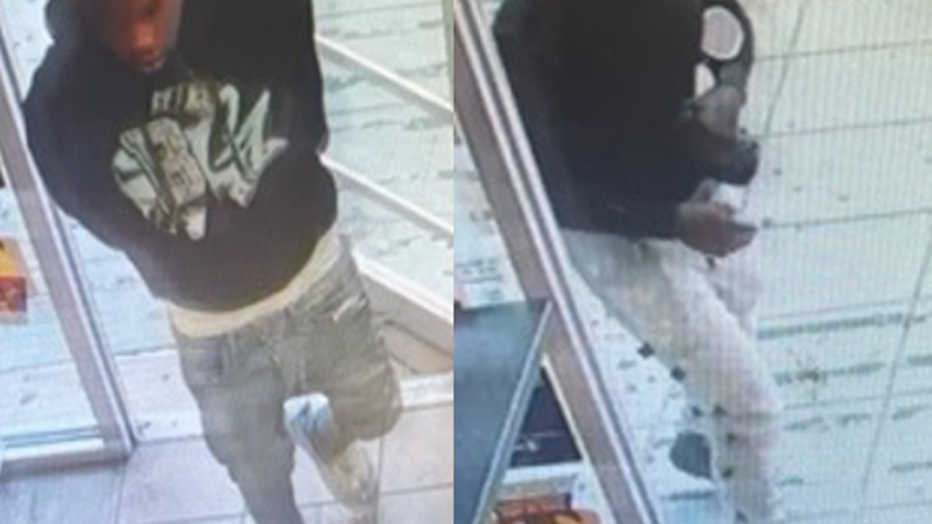 Police are asking anyone who has knowledge of this incident to call them at (202) 727-9099 or text your tip to the Department's TEXT TIP LINE at 50411. Crime Solvers of Washington, DC currently offers a reward of up to $1,000 to anyone who provides information that leads to the arrest and indictment of the person or persons responsible for a crime committed in the District of Columbia.