The attorney representing the family of Brian Laundrie — whose 22-year-old fiance Gabby Petito is missing — said Brian’s whereabouts were unknown Friday evening, hours after North Port police entered the Laundrie home to speak with the family "at their request," according to authorities.

NORTH PORT, Fla. - The family of missing woman Gabby Petito responded Friday night after news emerged that the Florida family of her fiancé, Brian Laundrie, claimed they haven’t seen him since Tuesday.

"All of Gabby’s family want the world to know that Brian is not missing, he is hiding. Gabby is missing," the law office of Richard B. Stafford, attorney for the Petito and Schmidt families, said in a statement.

But police in North Port, about 85 miles south of Tampa, stressed late Friday that Laundrie was not considered a suspect in Gabby Petito's disappearance. 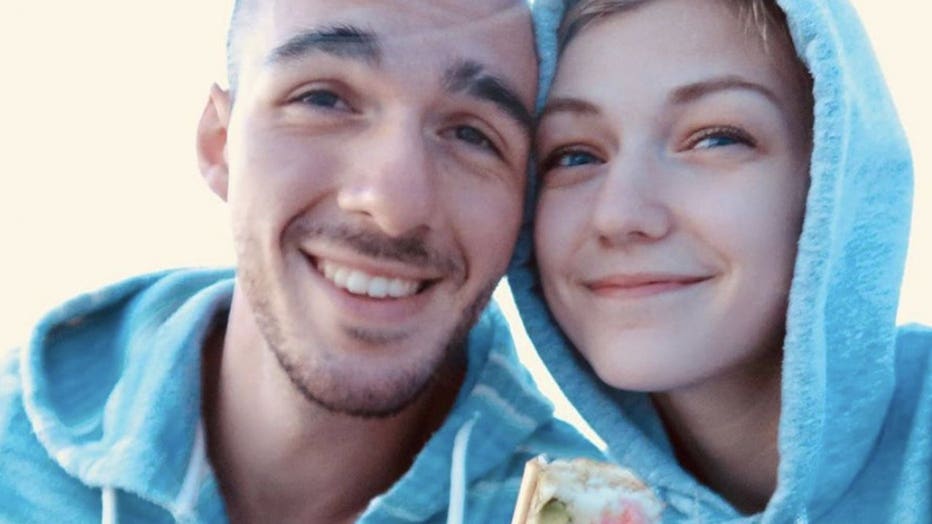 "It is important to note that while Brian is a person of interest in Gabby’s disappearance, he is not wanted for a crime. We are not currently working a crime investigation. We are now working a multiple missing person investigations."

Laundrie’s family made their disclosure earlier Friday about Brian being away from home after officers came by the home where he lives with his parents, expecting to speak with him. Laundrie had been lying low there since Sept. 1, police believed. Investigators were now searching for him too.

"We understand the community’s frustration. We are frustrated too," the release said. "For six days the North Port Police Department and FBI have been pleading with the family to contact investigators regarding Brian’s Fiancé [sic] Gabby Petito."

"Brian is not missing, he is hiding. Gabby is missing."

Friday was the first time the family had spoken with investigators in detail, the release said.

"It's the first time we're hearing it," he told CNN on Friday night. "I am very caught off guard about hearing what we just heard."

The couple had embarked on a cross-country trip in Petito’s 2012 Ford Transit van at the start of summer. Both of them documented their journey on Instagram, stopping in several national parks out West.

Petito’s family last spoke with her around Aug. 24 or 25 via Facetime, according to authorities, when she was believed to be in Grand Teton National Park in Wyoming. A week before that, the couple had traveled through Utah.

Laundrie drove the van back to Florida on Sept. 1 alone, police said.