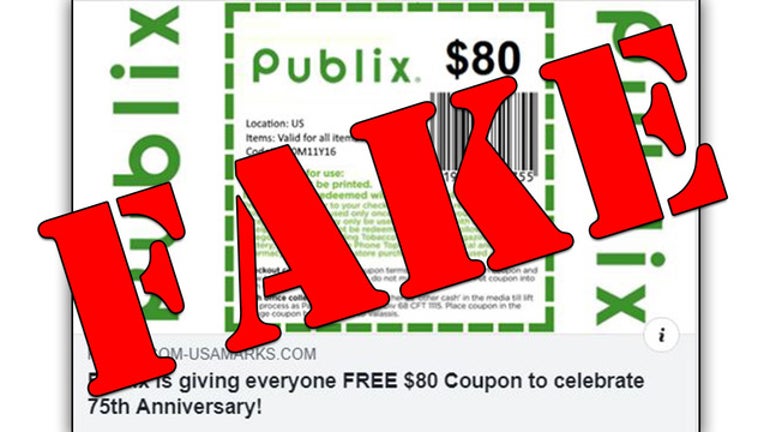 LAKELAND, Fla. (FOX 13) - An $80 Publix coupon circulating social media may be too good to be true – that’s because it is.

The link to the coupon is a fake, according to the grocery store chain, and it has been making its rounds – again – on Facebook. The image appears to show an offer for $80 off a purchase to celebrate Publix’s anniversary.

One image says the fake coupon is celebrating the store’s 75th anniversary. This September, Publix will actually be celebrating 89 years since its first store opened in Winter Haven.

On Monday morning, the company responded to one user who inquired about the unbelievable deal, writing in part, “Please be aware that the coupon is not supported by Publix and is not valid at any of our locations. We recommend that you do not participate in the promotion or provide your personal information.”

This isn’t the first time the scam occurred. In the past few years, the fake coupons has been shared by social media users.