‘The Masked Singer’ reveal: The Phoenix

The Phoenix attempted to fire up the crowd with a radiant performance, but was extinguished by the judges.

LOS ANGELES - In celebration of season 5 of "The Masked Singer," which premiered March 10 on FOX, fans are given the chance weekly to predict six questions related to each week’s episode on the FOX Super 6 app — and this week’s winner won $10,000 thanks to the flaming out of the Phoenix.

Questions included, "Which panelist thinks Grandpa Monster has swag?", "Will Cluedle Doo show up tonight?" and "Who is going to be unmasked Wednesday night?" Only 11% of participants got that question correct and chose "Phoenix" as the contestant to be sent home.

While getting all six answers correct increases a participant’s chance of winning, the prize drawing is random, so even one correct guess gives players a chance to win big bucks.

This week’s winner, who resides in Oklahoma, correctly guessed three answers. According to FOX Bet, the winner is a football fan and that’s how he found his way to the FOX Super 6 app. 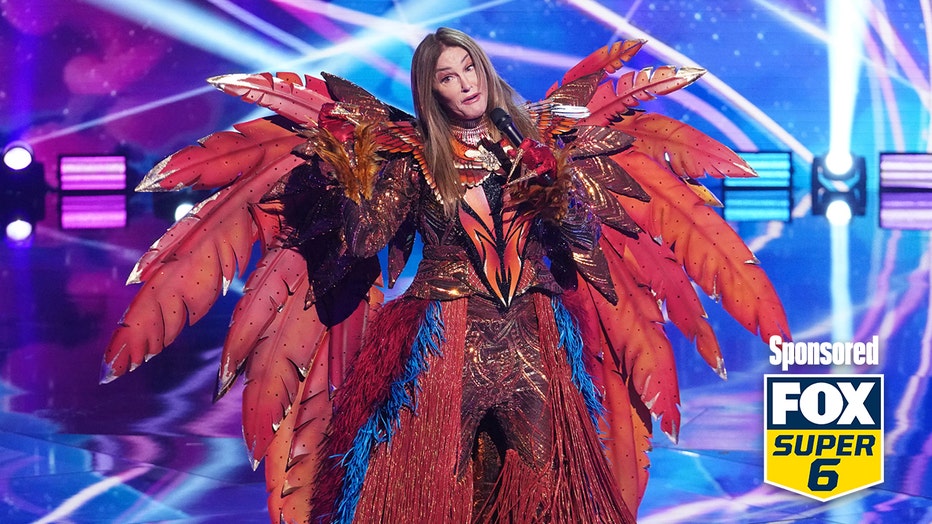 Wednesday night, the identity of the Phoenix was revealed on the latest episode of "The Masked Singer" season 5.

The Phoenix turned out to be Olympic gold medalist and reality television icon Caitlyn Jenner. The "Keeping up with the Kardashians" star tried to win over the show’s panelists with her rendition of Kesha’s "TiK ToK," but it wasn’t enough to remain in the competition.

RELATED: ‘The Masked Singer’ reveal: The Phoenix gets extinguished

"This was the first time I’ve ever sat down first in any contest since a spelling bee in junior high school," Jenner told the audience.

A natural athlete born for competition, Jenner admitted in an exit interview that dancing and singing are not her field, but she said that didn’t stop her from accepting the challenge.

RELATED: ‘The Masked Singer’ season 5 premiere reveals the Snail: It was ‘unfrogettable’