A report by the Florida Department of Agriculture states that the Central Florida Zoo was at fault in a small train derailment that occurred in 2019.

The investigation concluded that the Central Florida Zoo was at fault, but the zoo says not so fast.

On the day before Thanksgiving in 2019, the miniature train at the Central Florida Zoo derailed, tossing riders in the last car to the ground.

One woman was taken to the hospital, but no one was seriously hurt.

“They said, all of a sudden the brakes just went on, the train driver said the same thing and that’s in our report, but they were not on, so that’s the issue. We don’t know what happened,” said Dino Ferri, CEO of the Central Florida Zoo. 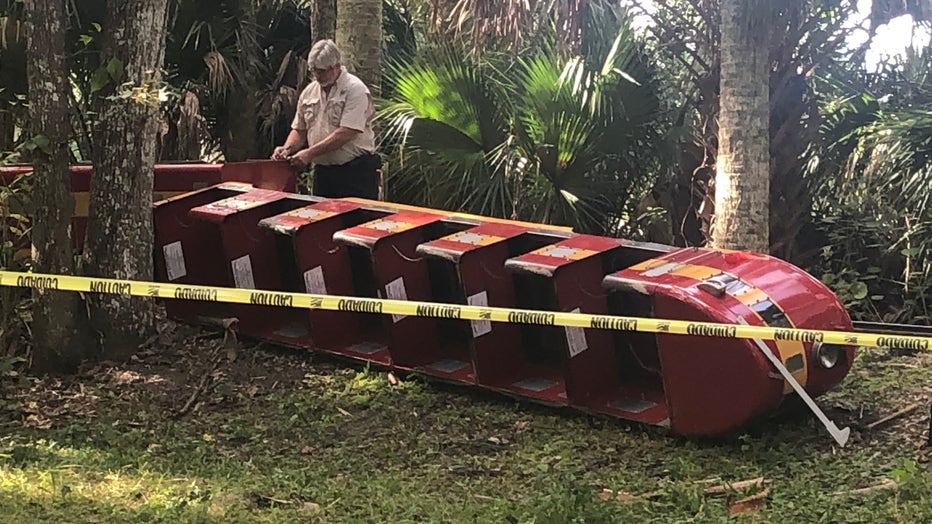 That was what Ferri had to say back in November.

Now, FOX 35 News has the final report on the incident.

The conclusion? The zoo was in violation of Florida statute 616.242 (19)(a)1. b. Operating an amusement ride in a manner or circumstance that presents a risk of serious injury to a patron, that resulted in a reported accident.

The State of Florida fined the zoo $1,000 for not being able to show proper documentation or evidence of maintenance on the train.

“We have reviewed the state’s report and respectfully disagree with the ultimate conclusions. We are finalizing our review and we expect to have an official response soon. The safety of our guests remains our primary focus and for that reason the train will be closed until further notice while the investigation into the incident continues,” said Dino Ferri, CEO, The Central Florida Zoo.

The train’s permit is expired, until the zoo can prove it is safe during an inspection by the State.

The train passed a inspection one week before the accident, the State confirms the inspections was conducted by a third party, not a State inspector.