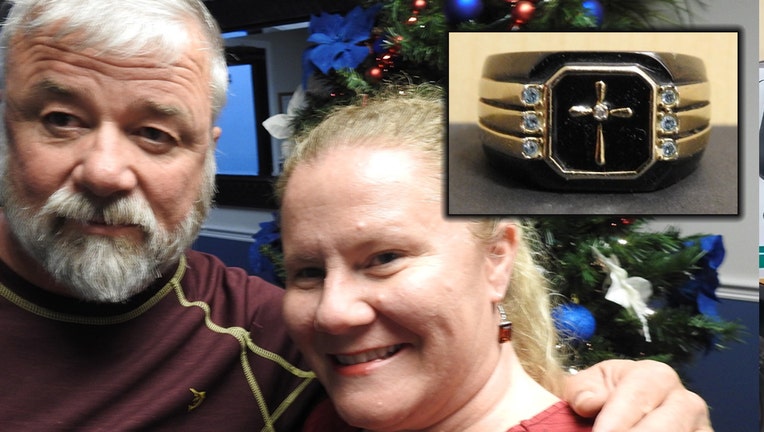 ORMOND BEACH, Fla. - A Florida photographer who lost her camera while posting about a ring she found is still searching for the ring's owner.

Jennifer Krafft told FOX 35 News that she went to her new plot at the community garden inside Ormond Beach's Central Park on Monday. However, when she arrived at the gate, she discovered that she did not have the code to get inside. The office was closed that day so Krafft waited by the gate for someone else to arrive, but nobody showed. She decided to head home and look for the code when she found a ring on the sidewalk.

She took to social media to post about the ring. However, while doing so, she forgot about the camera she brought along. It was hanging on the gate. She eventually left and did not realize her camera was missing until hours later. When she returned to retrieve it off of the gate, it was gone. So, she took to social media again hoping to have the camera returned to her.

The next day, she was on her lunch break when Jennifer said that she got a message from Jay Cuddy. He told her "Merry Christmas, I have your camera!"

She said that Jay knew to contact her because she had left her Exploration Tower annual pass in the camera bag, which had her name on it.

"Here he is man of the year!" Jennifer wrote on Facebook. "He wouldn't let me buy him dinner or do anything to thank him. He said absolutely not after insisting he said if I want to do something donate to St. Judes! Well consider that done and I will definitely be making a donation to them since that was his wish! Psst.. I think we just met Santa?!"

Thankfully, Jennifer got her camera back, but she was still searching for the owner of the ring.

She told FOX 35 News that the Ormond Beach Police Department has assisted in the search but that nothing has been reported lost to them yet. She is keeping the ring for now in hopes that she will find the owner soon. If the owner turns up, they will have to confirm the specific engraving on the ring.

"Let's hope we can find the owner!" Jennifer wrote on Facebook.