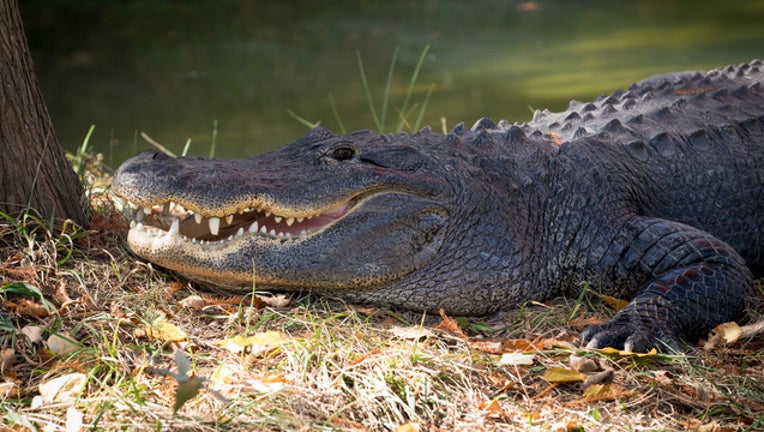 NORTH FORT MYERS, Fla. - A woman was attacked by an alligator Thursday morning while trimming trees near a lake in Florida, officials said.

The 27-year-old woman had been working near the water in North Fort Myers when the 10-foot (3-meter) reptile ambushed her, according to a Florida Fish and Wildlife Conservation Commission news release.

Rescue workers transported the woman to a Fort Myers hospital, where she was treated for injuries to both legs, officials said. She was listed in stable condition.

The fish and wildlife agency contracted a nuisance alligator trapper to capture the animal and remove it from the area.