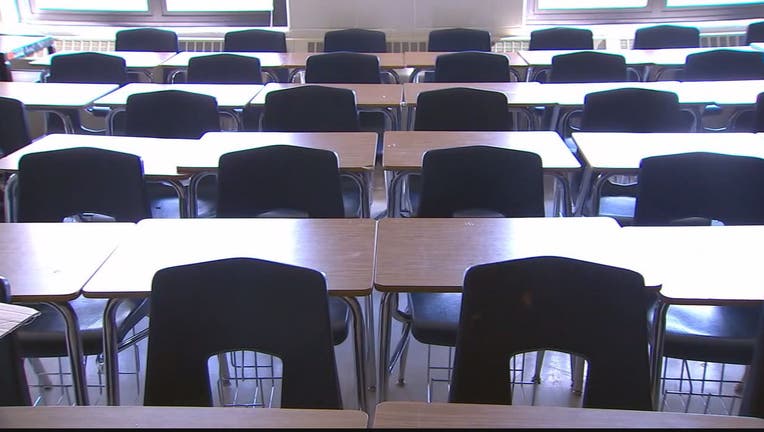 TALLAHASSEE, Fla. - The Florida Education Association and other plaintiffs challenging a state order to reopen schools requested Wednesday that two appellate judges step aside from the case because Gov. Ron DeSantis could consider them for an appointment to the Florida Supreme Court.

Attorneys for the plaintiffs filed a motion requesting that 1st District Court of Appeal Judges Lori Rowe and Timothy Osterhaus disqualify themselves from the closely watched legal fight over a July 6 state order requiring schools to reopen classrooms in August amid the COVID-19 pandemic.

DeSantis and Education Commissioner Richard Corcoran, who issued the order, took the case to the Tallahassee-based appeals court after a Leon County circuit judge agreed with arguments by the statewide teachers union and other plaintiffs that the order violated the state Constitution.

The Florida Supreme Court Judicial Nominating Commission in January included Rowe and Osterhaus on a list of nine nominees for two open seats on the Florida Supreme Court. DeSantis in May named Miami attorney John Couriel and Palm Beach County Circuit Judge Renatha Francis to fill the openings on the high court.

But Francis’ appointment has faced a legal challenge because she did not meet a requirement of being a member of The Florida Bar for 10 years before being appointed to the Supreme Court. Justices ruled Aug. 27 that DeSantis overstepped his legal authority in appointing Francis and this week allowed state Rep. Geraldine Thompson, a Windermere Democrat who filed the case, to move forward with a revised challenge.

Attorneys for the teachers union and other plaintiffs wrote Wednesday that the possibility DeSantis could consider Rowe and Osterhaus for the Supreme Court seat should prevent them from being involved in the school-reopening case.

“In this case, Governor DeSantis is a party to this appeal and is the appointing authority for making appointments to the Florida Supreme Court,” the motion said. “Under the circumstances here, a nominee should not hear this appeal in which the governor is a party. Appellees (the plaintiffs in the school reopening case) respectfully submit they have a reasonable concern about impartiality under the circumstances outlined here.”

A court docket Wednesday afternoon did not include any indication of whether Rowe and Osterhaus would disqualify themselves.

Rowe has already been involved in the school-reopening case, writing an Aug. 31 order that put a stay on the ruling by Leon County Circuit Judge Charles Dodson, who had issued a temporary injunction against the reopening order. Osterhaus was not part of the three-judge panel in that decision.

In the motion Wednesday, attorneys for the plaintiffs also pointed to the role of DeSantis’ general counsel, Joe Jacquot.

The fight over Francis’ appointment to the Supreme Court --- and the possibility of DeSantis having to choose another justice --- is playing out fast.

DeSantis in May chose Francis and Couriel to fill vacancies created when former Justices Barbara Lagoa and Robert Luck were named to the 11th U.S. Circuit Court of Appeals. Couriel joined the Supreme Court immediately, but DeSantis said Francis would become a justice on Sept. 24, when she would meet the 10-year Bar membership requirement.

Thompson’s attorneys challenged the constitutionality of the appointment and contended that the Florida Supreme Court Judicial Nominating Commission should provide a revamped list of candidates to DeSantis, who would then make a different selection. But the Supreme Court in the Aug. 27 decision said it couldn’t go along with that request.

Instead, justices said the proper fix would have been to require DeSantis to choose one of the seven other nominees sent to him early this year. The Supreme Court on Tuesday issued another ruling that allowed Thompson to revise her complaint to seek that fix.