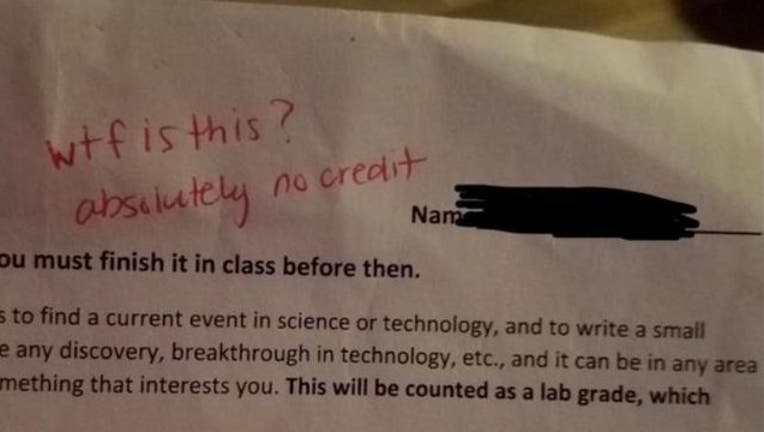 FOX NEWS - A Florida high school teacher raised eyebrows this week after allegedly writing “WTF is this?” on a student’s homework.

Melinda Smith, the student’s mother, told Panama City’s WJHG on Tuesday she was shocked when her son showed her his science homework with the comment: “WTF is this? absolutely no credit” written on top.

“[I]t wasn’t anything about not getting the credit, it was more so the language about the writing to students, that was very inappropriate and not acceptable for a teacher whatsoever,” Smith said.

Her son, whose identity was not released, is a student at Rutherford High School in Panama City. Smith told WJHG that the teacher should be “reprimanded.”

Rutherford Principal Coy Pilson said school officials have been notified of the situation and are conducting an investigation. He also said he had spoken with the teacher and she has apologized. It wasn’t clear whether further action would be taken.