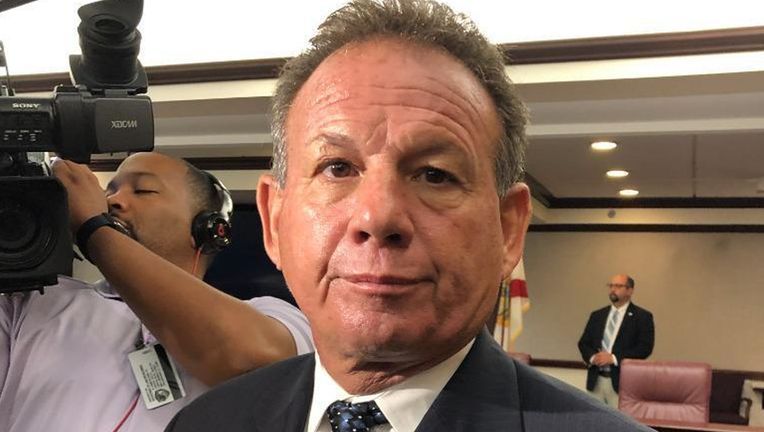 TALLAHASSEE, Fla. - The Florida Senate began a special session Monday to decide whether it will reinstate a county sheriff suspended by Gov. Ron DeSantis over the handling of last year's Parkland school shootings that killed 17 people.

The Senate met briefly to open the session as relatives of Parkland victims watched from the public gallery. The Rules Committee was to meet later Monday in what was expected to be a marathon session. The meeting is scheduled to run from 10:30 a.m. to 9 p.m. before members vote to make a recommendation to the full Senate on whether to reinstate Broward County Sheriff Scott Israel.

DeSantis suspended Israel in January as one of his first acts after taking office, accusing the sheriff of neglect of duty and incompetence in his handling of the shooting at Marjory Stoneman Douglas High School in February 2018. An official appointed by the Senate to investigate the suspension recommended that Israel be reinstated. That puts the Republican majority Senate in the awkward position of deciding whether or not to buck the governor's wishes.

"I have faith in the senators that they're going to rise to the occasion, look at everything and adhere to the standard, which is what, in their conscience, is best for the people of Florida," Senate President Bill Galvano said after the session opened.

DeSantis is standing by his decision to remove Israel from office. Israel contends his dismissal was politically motivated.