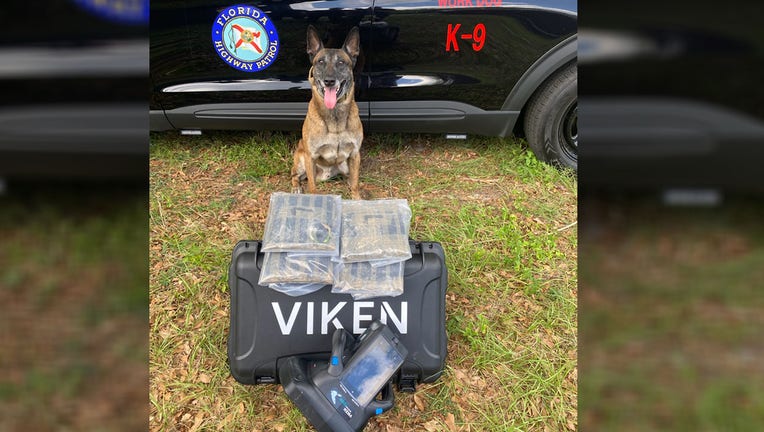 HERNANDO COUNTY, Fla. - K-9 Titan is a very good boy! The Florida Highway Patrol says he helped bust two people who allegedly had nearly $700,000 in heroin in their vehicle.

According to FHP, Maurilio Garcia-Torres, 33, and Ivania Riestra-Garcia, 19, were arrested after troopers said they pulled over their Jeep Grand Cherokee on I-75 South for having a fraudulent Arizona license plate. The driver of the car was also unlicensed, FOX 13 reported.

During the traffic stop, troopers say K-9 Titan alerted them of something inside the vehicle. That's when they say they found 5.5 pounds of heroin worth around $693,000.

Garcia-Torres and Riestra-Garcia were arrested for trafficking heroin, distributing heroin and possessing a vehicle for drug trafficking, FHP said. Both are undocumented from Mexico and are in the Hernando County Jail, according to troopers.