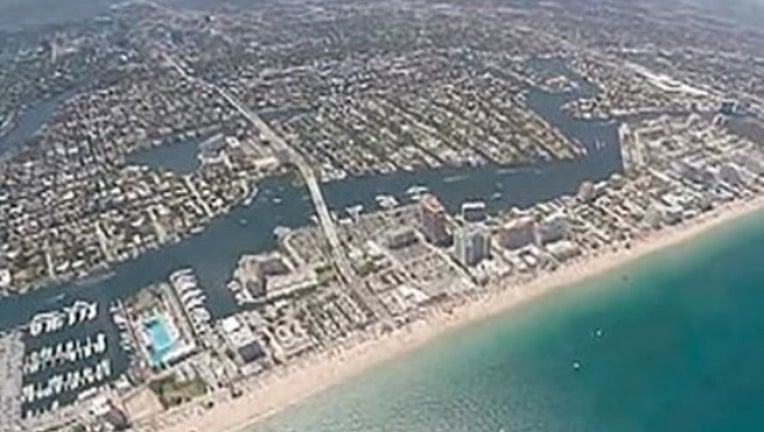 FORT LAUDERDALE, Fla. - The state of Florida is fining the city of Fort Lauderdale $1.8 million for a series of massive sewage spills that have sent sent toxic sewage onto streets and into waterways since December.

The Florida Department of Environmental Protection sent a letter to Mayor Dean Trantalis on Tuesday notifying him of the fine, the South Florida SunSentinel reported. The deadline for paying the fine is March 31.

The mayor had hoped for no fine at all, so that the money could be invested instead in fixing the faulty pipes.

“The state should realize the problems all of its cities have (with aging sewer pipes),” Trantalis told the newspaper. “Fort Lauderdale is not alone.”

But Gov. Ron DeSantis asked the environmental agency’s secretary, Noah Valenstein, to pursue every available penalty. “Those that spew untreated wastewater into Florida’s water bodies need to be deterred from doing so by appropriate penalties,” DeSantis said.

The state rejected the practice of allowing the city to comply with penalties by spending the fines on its own sewer repairs because Fort Lauderdale has a history of siphoning money from the utility fund to pay for pensions, salaries and parks, Valenstein said.

“Fort Lauderdale is an example where you had aging infrastructure not adequately addressed by the municipality,” Valenstein told the SunSentinel. “When we don’t have a big enough stick, it allows folks sometimes to make the wrong decisions and not invest in infrastructure.”

“Look at the impact that it’s had on the community and ask yourself whether the penalties that we’ve had in place for decades made sense,” Valenstein said. “Clearly this is something that has impacted our communities.”

A DeSantis spokeswoman said the state could sue if the city doesn’t pay the fine on time. The mayor said he doesn’t know how they’ll pay it.

“I don’t know the answer,” Trantalis said. “We don’t have $1.8 million sitting around.”

The fines announced Tuesday include $341,500 for recent sewage spills, a civil penalty of nearly $1.5 million and $5,000 in administrative costs. The money will be deposited into a statewide water quality assurance trust fund and can be appropriated by the Legislature to water-related projects across the state, the SunSentinel reported.

The city’s pipe system broke six times in December and there were additional spills over a 10-day period in January and early February.

“We are at a crisis level,” the mayor said before learning of the fine. “We are now suffering the long-term consequences (of long-neglected infrastructure maintenance). It’s shameful.”