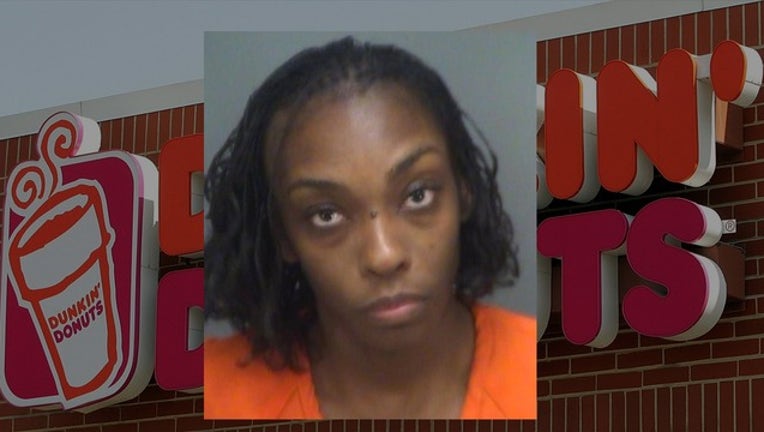 LARGO, Fla. (FOX 35 ORLANDO) - A manager for Dunkin' Donuts in Largo, Florida is charged with grand theft after deputies say she hired a fake employee so she could pocket the paychecks.

Markia Nelson, 29, was arrested on Monday. An arrested report lists Nelson as the manager of the Dunkin' Donuts on Ulmerton Road.

According to Pinellas Park police,  Nelson hired a "fictitious person" in May. Nelson reportedly clocked the fake employee in and out from May 16 through July 6. The arrest report states that the fake employee earned about $1,610 after 'working' 235 hours at $8.65 an hour.

Police say that Nelson had the paychecks put into her own bank account through direct deposit. Nelson reportedly admitted to authorities that she used the money for "life expenses."

Nelson was booked into the Pinellas County Jail on grand theft charges.