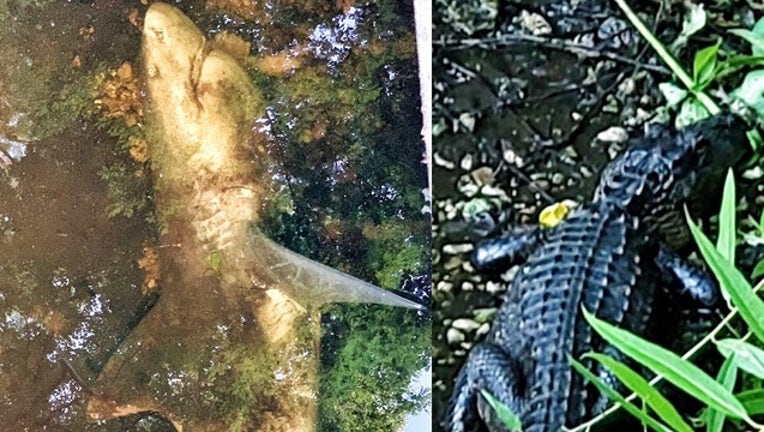 GAINESVILLE, Fla. (FOX 35 ORLANDO) - A shark and gator were spotted in the same creek by the Alachua County Sheriff's Office.

They tweeted on Sunday that a shark and gator were both spotted in the Lake Forest Creek off East University Avenue. However, they said that the shark, which was about five-foot, five-inches long, was caught elsewhere and dumped there.

Nonetheless, they described this as the "most Florida call of the week."