Fire at under construction Globe Life Field now contained; cause being investigated

Flames and plumes of smoke were seen coming from the roof of Globe Life Field Saturday afternoon after a fire started there.

ARLINGTON, Texas - Flames and plumes of smoke were seen coming from the roof of Globe Life Field Saturday afternoon after a fire started there.

Crews were dispatched to the fire at the new ballpark for the Texas Rangers that is under construction in Arlington just before 2:30 p.m. on Saturday. The Arlington Fire Department confirms it was a 2-alarm fire in the upper sections of the stadium, which was reportedly 85 percent complete as of last week.

No injuries were reported, and firefighters were able to contain the flames just after 3 p.m.

Had it not been for prior training inside the building, one fire official said things could have been worse.

Fire crews said their past experience inside made all the difference.

“These kind of things can get out of hand really fast, but because we train out here, we are used to the big venues, these sports teams. And because of that partnership, we did real good today," said Jonathon Ingols, deputy chief with the Arlington Fire Department.

The cause of the fire is not yet known. At this time, officials say they only know that something caught fire while workers were inside. 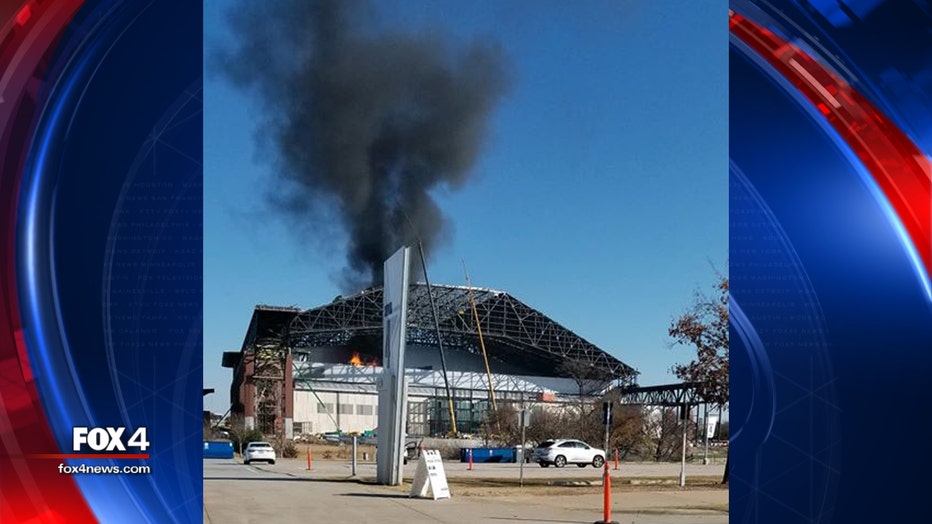 Officials would not say if this would set back opening day for the stadium.

Should there be a delay, that puts the future of events into question.

There are several concerts scheduled for next year at the new ballpark, and the Rangers are set to start playing there in March.

Renovations at Globe Life Park, the Rangers' old stadium, have already begun for use as a football field.

No further details have been released at this time.