FHP responds to another crash at deadly intersection

Troopers responded to the intersection of Clarcona Ocoee Road and Gaymar Drive on Tuesday evening where they say an SUV that was towing a pickup truck collided with another vehicle.

LAKE MARY, Fla. - Troopers responded to the intersection of Clarcona Ocoee Road and Gaymar Drive on Tuesday evening where they say an SUV that was towing a pickup truck collided with another vehicle.

The SUV towing the pickup truck was traveling west on Clarcona Ocoee Road.  As the driver attempted to make a left turn, another SUV was traveling east and struck the pickup truck, as well as another car that was stationary.  In total, FHP says four vehicles were involved but luckily there were no serious injuries.

The drivers of those two vehicles survived, including Pastor Oliver's wife, Shawn. Officials said she made a left turn onto Gaymar Drive when another car collided with them. The couple's daughters, Antoinette and Liza, died, along with the couple's grandkids, Chloe, 5, Olivia, 3, and 5-month-old Antonio. 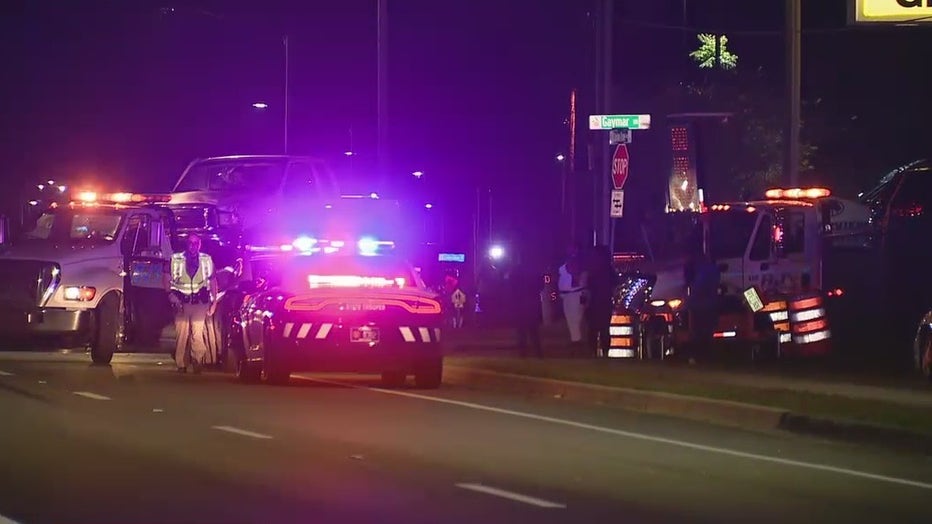 This crash is the second deadly accident at the same intersection this year. In late January, there was a similar fatal wreck at this intersection. A car heading eastbound on Clarcona Ocoee Road collided with another turning onto Gaymar Drive. A 35-year-old woman in the car that was hit later died in the hospital.

The community is now calling on safety measures in place. The FHP said they will consider ways to keep this from happening again. FHP Lt. Kim Montes heads a traffic safety committee that investigates and addresses dangerous roads.

"We come together when we see an area we think needs road clearing or speed reduced or we just want to figure out what's happened," she said.

Orange County officials said in a statement, "Out of respect for the families who are experiencing the incredible pain of losing loved ones, Orange County Public Works will be gathering facts to understand the cause of the tragedy and determine if any action needs to be taken."

Orange Ccounty civil engineers say they have plans to study the safety of the intersection to determine if changes need to be made. In the meantime, the sheriff’s office says they’re working on new safety measures including increased patrols to enforce the speed limit.