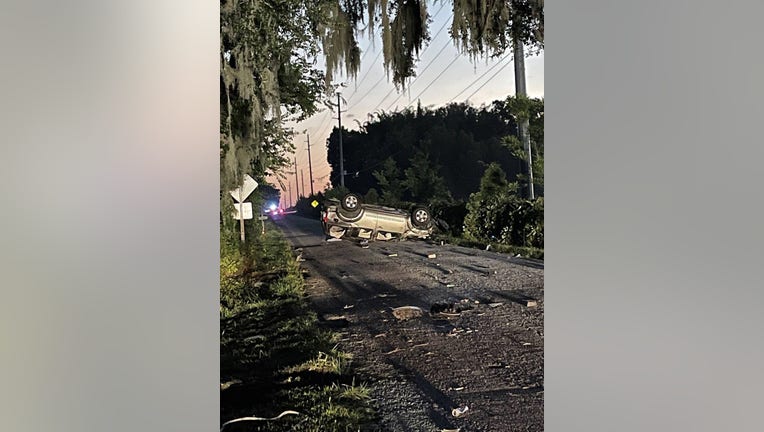 (Photo via the Florida Highway Patrol)

According to FHP, a 21-year-old Summerfield man was driving a SUV northbound on CR-209, when the vehicle entered a west shoulder.

Authorities said the driver over-corrected the SUV back upon the road where it collided with a mailbox and overturned, throwing both the driver and its 32-year-old female passenger from the SUV, killing them.

FHP said they were not wearing a seat belt.

CR-209 was closed as FHP worked the scene, but it has since reopened.