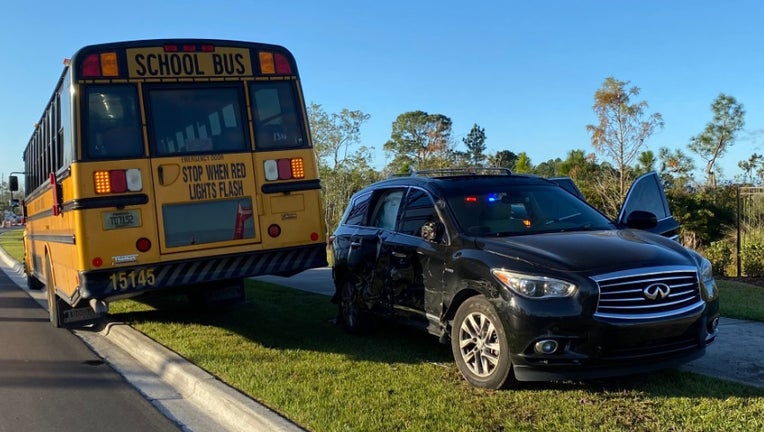 ORLANDO, Fla. - The Florida Highway Patrol (FHP) says a driver who was confused by the construction in the area crashed into an Orange County school bus with children on board early Thursday morning.

The crash happened at Seidel Dr. and Bowery Dr. near Windermere.

FHP says that the driver, 50-year-old Joseph Sullivan, was traveling southbound in the northbound lanes of Seidel Road, not realizing he was going in the wrong direction because the construction in the area was confusing.

The school bus was traveling southbound. Once Sullivan realized he was on the wrong side of the road, FHP says he abruptly traveled into the southbound lane and into the direct path of the bus.

The front of the bus hit the right side of the vehicle.

According to Orange County Fire Rescue, 21 children were on board at the time. None of them were hurt.

The bus driver was transported to a nearby hospital.

FHP says the crash remains under investigation. Charges are pending against the driver.