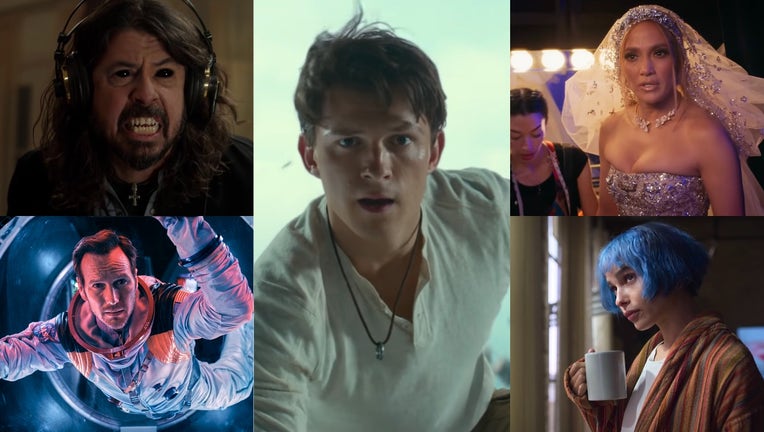 CHICAGO - Blockbusters, romance and horror, oh my! This February promises to be a particularly eclectic month for movies, with everything from Channing Tatum teaming up with a dog (in a movie that’s hilariously just titled "Dog") to the long-delayed follow-up to "Murder On The Orient Express" finally hitting theaters.

Indeed, for those who are ready to (safely) return to megaplexes, there’s plenty on offer: Disaster aficionado Roland Emmerich wants to crash the moon into the earth (and Halle Berry), the gents of "Jackass" are ready to pratfall for your pleasure and Tom Holland will tumble out of an airplane and into a possible blockbuster franchise in "Uncharted."

Of course, those who’d prefer to stay safely snuggled on the couch have plenty of options too. HBO Max casts Catwoman-to-be Zoë Kravitz in the paranoiac tech thriller "Kimi," while Netflix has a new "Texas Chainsaw Massacre" on hand. Plus Jennifer Lopez serves up ready-made Valentine’s Day plans with her latest rom-com, "Marry Me," which arrives in theaters and on Peacock simultaneously. That’s one of several streaming rom-coms ready to warm (or tug at) your heart this February.

All that, plus Liam Neeson punching things, too. Here’s what’s headed your way, cinematically speaking, in Feb. 2022. 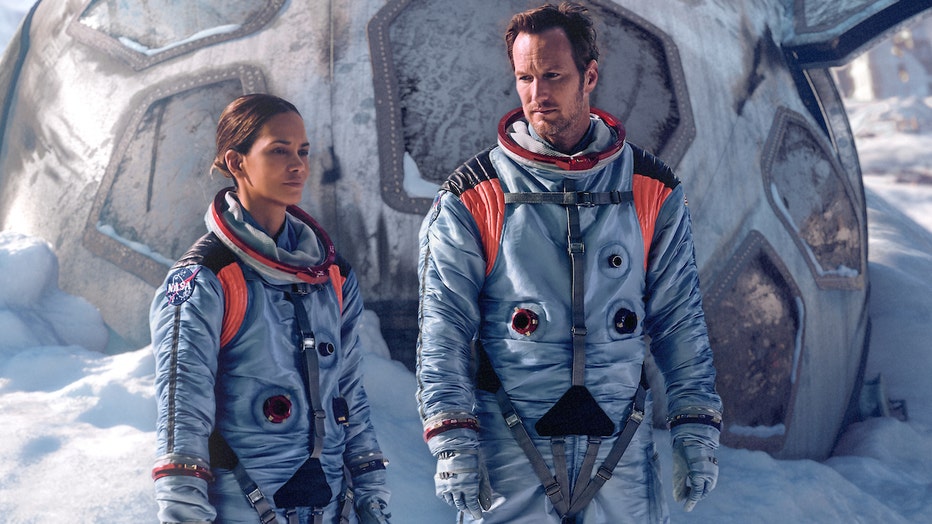 Diaster movie aficionado Roland Emmerich starts February with a bang. Well, more like a blast. When the moon is knocked off its orbit and set on a collision course with Earth, two astronauts (Halle Berry and Patrick Wilson) and a conspiracy theorist (John Bradley) have to work together to try to save the planet. "Moonfall" promises all the souped-up disaster movie fun we’d expect from the man who gave us "Independence Day," "The Day After Tomorrow" and "2012." Oh and did we mention there’s a giant alien space worm angle here too? Should be a moonwalking good time.

WATCH: Halle Berry in "Kings," streaming for free on Tubi 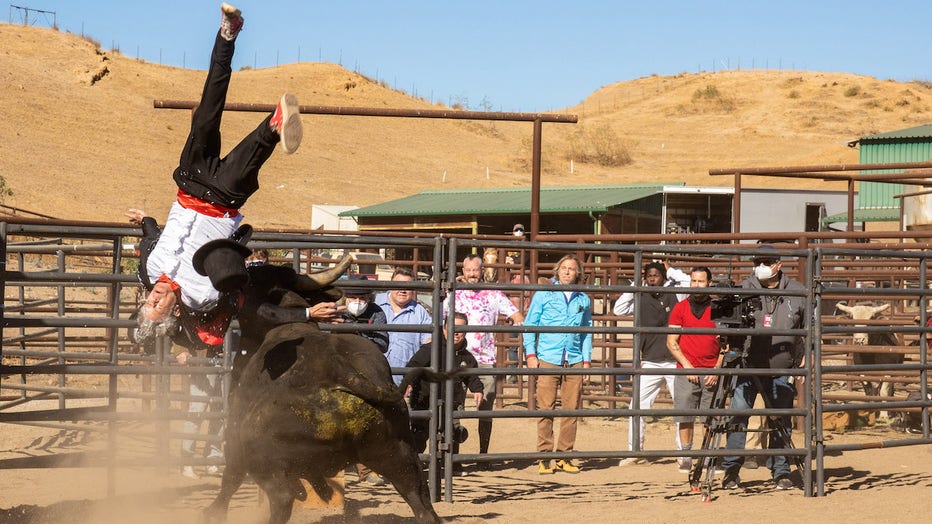 Johnny Knoxville and a bull in "Jackass Forever" from Paramount Pictures and MTV Entertainment Studios.

The boys (er, late 40-somethings) of the "Jackass" series are back with a fourth and potentially final installment of pranks, stunts and general button-pushing spectacle. This time around, the original crew are joined by some new cast members too. And while the film’s trailer promises plenty of rowdy antics, it also leans into a surprising sense of sentimentality about the joy of getting together with friends to laugh your asses off.

"The Worst Person in the World" (In theaters Feb. 4) 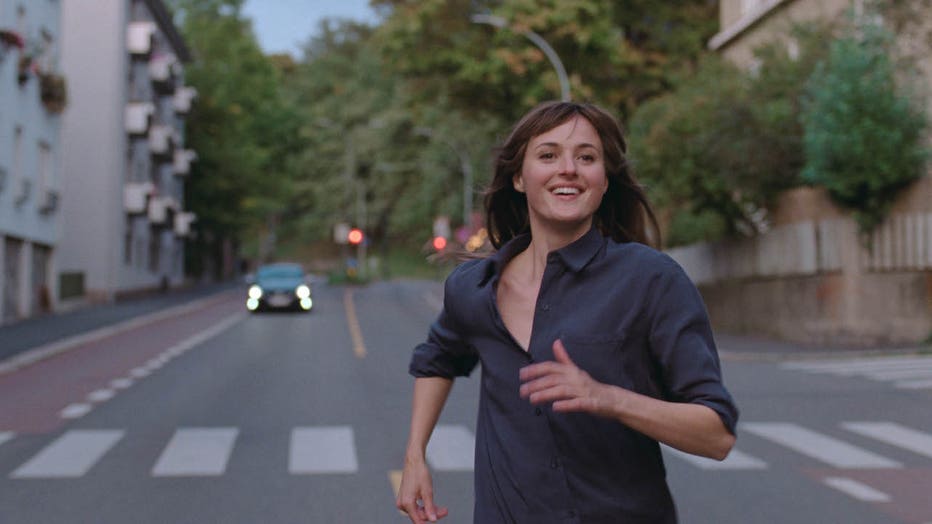 "Do we ever stop coming of age? That’s the question that implicitly sits at the heart of director Joachim Trier’s exceptional romantic dramedy, "The Worst Person in the World" — Norway’s official entry for Best International Feature Film at the Academy Awards and an early contender for best film of the year. Julie (Renate Reinsve) is a 20-something who swiftly decides that med school isn’t for her, even if she isn’t entirely sure what comes next. Her new boyfriend Aksel (Anders Danielsen Lie) is fifteen years older and struggling to figure out his own next step in life after finding early success as an acclaimed underground comic book artist." Read the rest of Caroline Siede’s review. 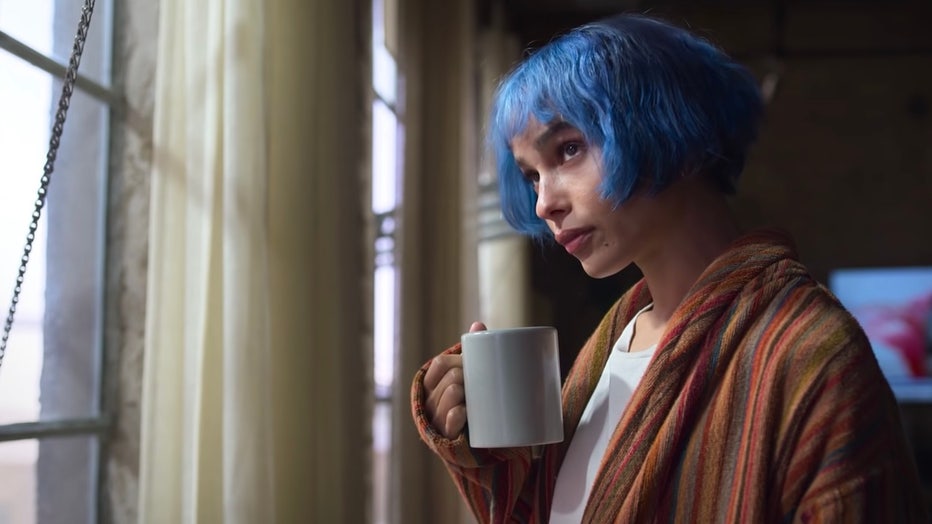 The good news? You’ll be able to stream Steven Soderbergh’s latest film from the comfort of your own home. The bad news? It’s set during the COVID-19 pandemic. Still, it promises to offer plenty of escapism too, with its stylish tech thriller premise. Zoë Kravitz stars as an agoraphobic tech worker who overwhears what she believes to be a violent crime while analyzing a data stream from an Alexa-style device called KIMI. When her company’s bureaucracy refuses to take action, however, she must face her fears and head out into the increasingly tumultuous streets in this Hitchcockian thriller for the pandemic era.

WATCH: Steven Soderbergh’s "The Limey," streaming for free on Tubi 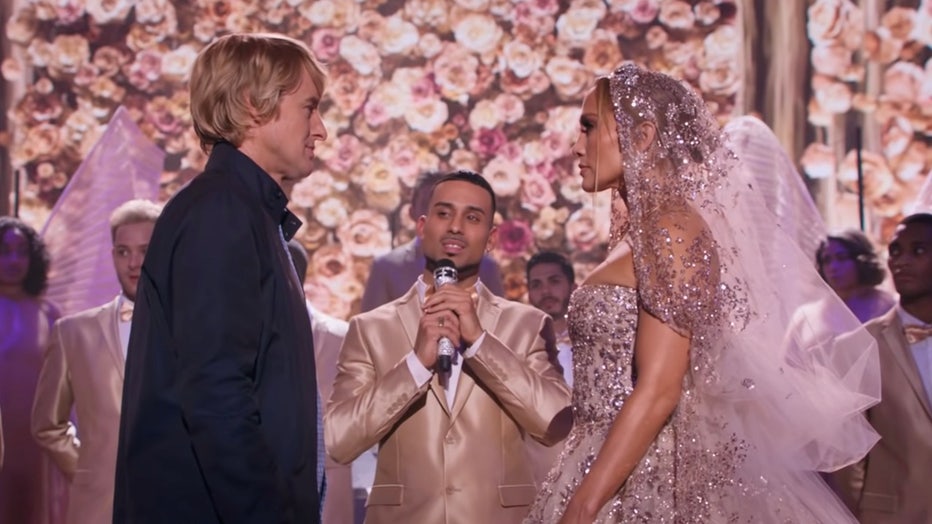 Owen Wilson and Jennifer Lopez in "Marry Me." (Screenshot: YouTube.)

Ah, that age-old romantic comedy premise: When a pop star played by Jennifer Lopez gets cheated on right before her much-publicized on-stage wedding at one of her concerts, she decides to pull Owen Wilson out of the crowd and marry him instead. Okay, so it might not be the most relatable plot in the world. But pairing Lopez and Wilson is the sort of appreciably out-there casting choice that could pay dividends if these two charming stars are able to generate some uniquely sparkling rom-com chemistry together. 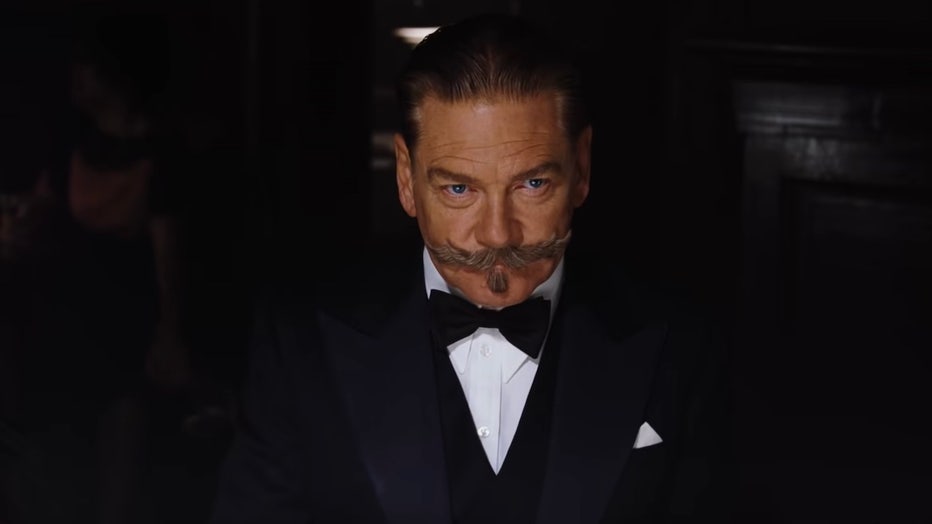 Kenneth Branagh in "Death on the Nile." (Screenshot: YouTube.)

It’s been a strange ride for "Death on the Nile," which was first delayed for the COVID-19 pandemic and then over horrific allegations against cast member Armie Hammer. That’s a lot of baggage for the film to carry, but 20th Century Studios hopes viewers will still set sail on this star-studded follow up to 2017’s "Murder on the Orient Express." Kenneth Branagh (and his impressive moustache) return to direct and lead this latest Hercule Poirot mystery, which also features the likes of Gal Gadot, Letitia Wright and Annette Bening. Based on the famed Agatha Christie novel and set aboard a glamorous steamer tour along the Nile, this one aims to be an old-fashioned crowd-pleasing whodunit. 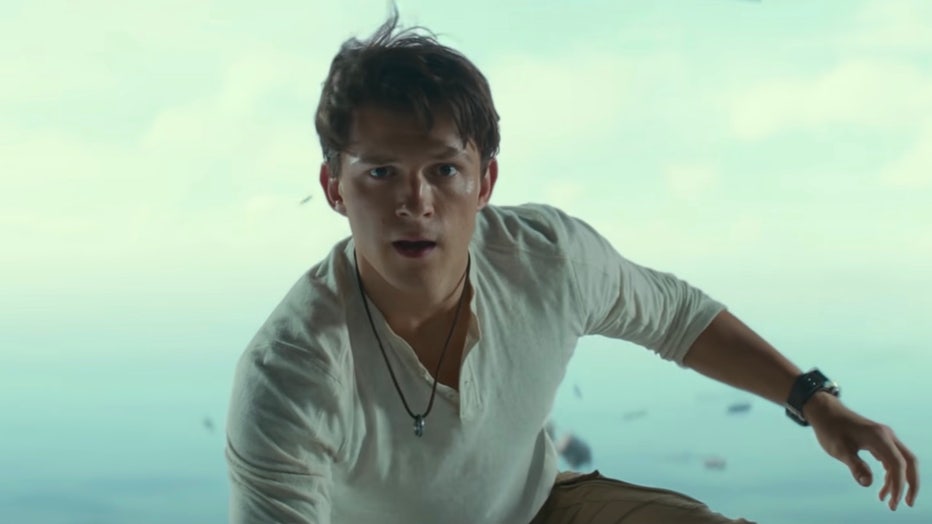 Video game fans rejoice, the long-awaited "Uncharted" film adaptation is finally here! And the marketing has been teasing the most exhilarating airplane setpiece this side of "Top Gun: Maverick." An origin story of sorts, the film stars Tom Holland as young treasure hunter Nathan "Nate" Drake and Mark Wahlberg as his mentor Victor "Sully" Sullivan. The film has been in development for so long that Wahlberg was originally meant to play the novice role, not the father figure one. But hopefully good things come to those who wait with this rollicking, action-packed Indiana-Jones-meets-James-Bond style adventure. 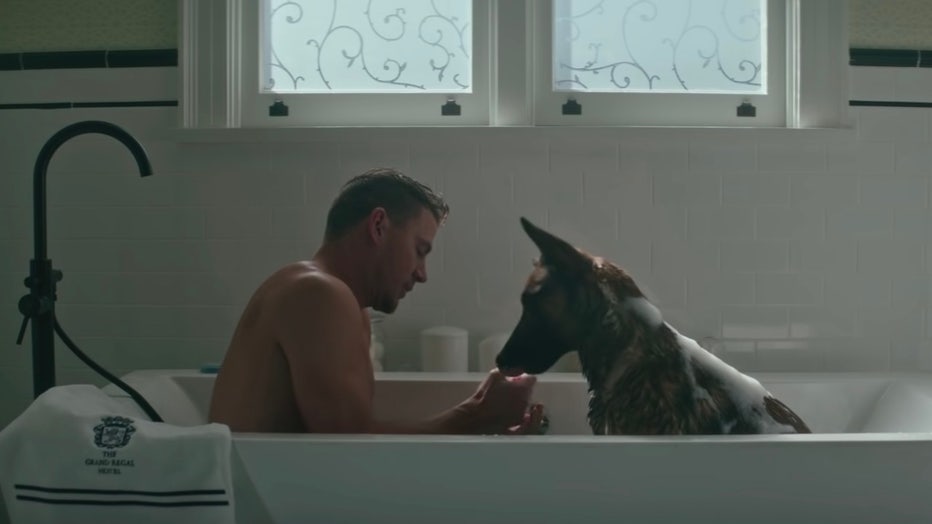 Channing Tatum makes his directorial debut with this sweet road trip comedy about man’s best friend. Tatum also stars as a U.S. Army Ranger tasked with bringing a Belgian Malinois military working dog down the Pacific Coast in time to attend her handler's funeral. And if that premise alone is starting to make you tear up, you're definitely the right audience for this latest entry in Hollywood's ever-growing Dog Movie Cinematic Universe. Unlike "A Dog's Purpose" or "A Dog's Way Home," though, "Dog" stakes its claim with a simple, declarative title that says it all. Handsome men, cute dogs and some tear-jerking patriotism? What else could you need? 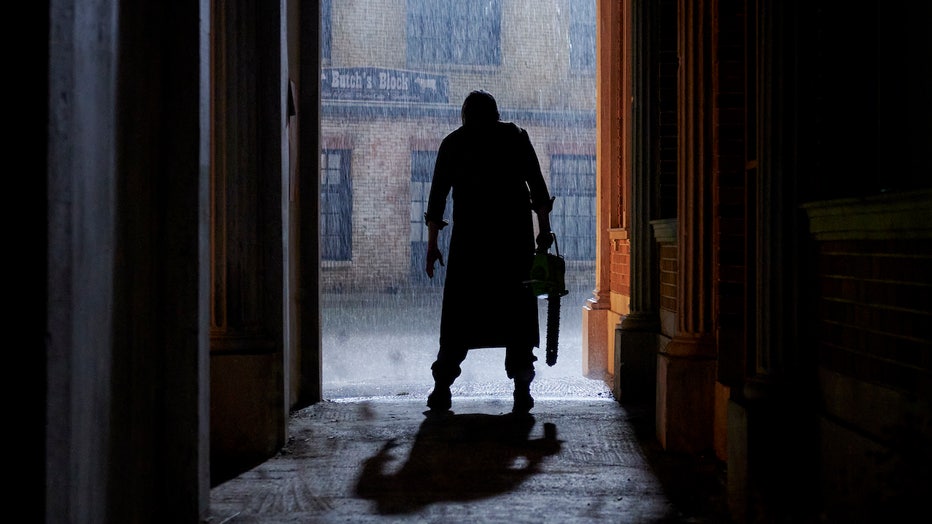 After 2021 gave us new takes on "Halloween" and "Candyman" and January kicked off with a new installment of "Scream," "Texas Chainsaw Massacre" is the latest beloved horror franchise to get a legacy reimagining. This one lands on Netflix and is slated to be a direct sequel to the 1974 original. (In other words, go ahead and ignore the other seven movies in between.) "Eighth Grade" star Elsie Fisher is among the new group of young people to venture to small town Texas and face off against the chainsaw-wielding Leatherface. There they meet the franchise’s original heroine Sally Hardesty (now played by Olwen Fouéré), the sole survivor of Leatherface’s infamous 1970s massacre. 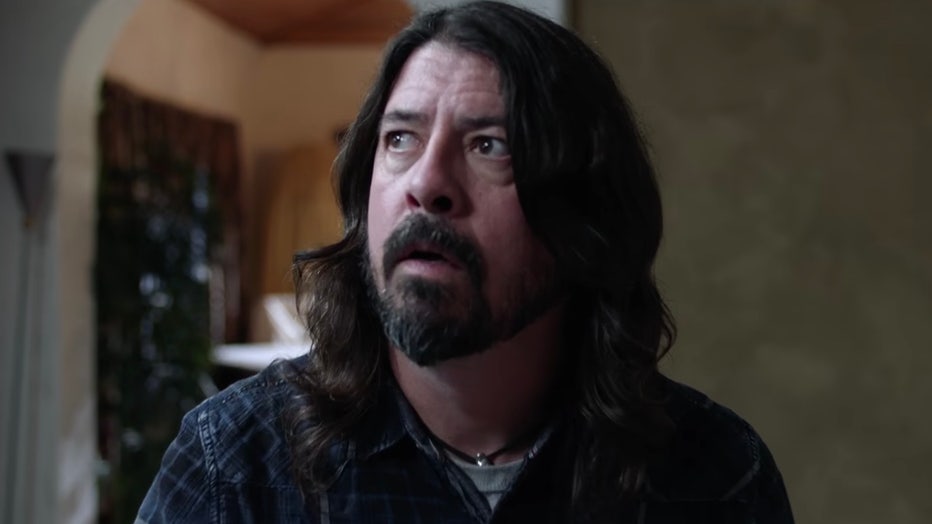 How did the Foo Fighters spend the early days of 2020? By secretly making a supernatural horror comedy in which they play themselves, of course. Based on a story by frontman Dave Grohl, "Studio 666" follows a fictionalized version of the band as they move into a new house to record their 10th album. When it slowly becomes clear the house is haunted by the malicious ghosts of a former rock band, however, the Foo Fighters have to fight to save their lives — and Dave’s soul. The group shot the film in the same house they recorded their 2021 album "Medicine at Midnight," and as Grohl put it, "There's no other band stupid enough to do this. It's absolutely insane." 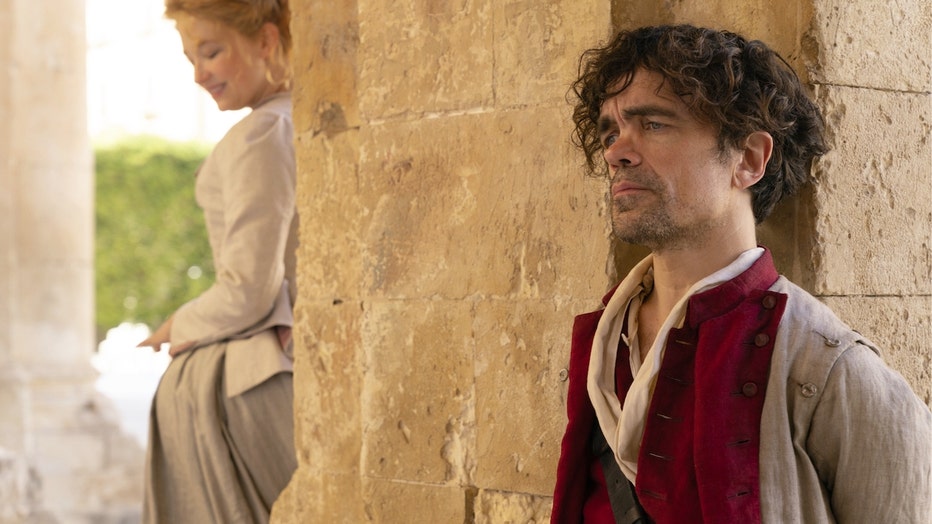 "Game of Thrones" star Peter Dinklage puts his own unique spin on the classic swashbuckling romantic drama, "Cyrano de Bergerac." This time around, he sings! Based on a 2018 stage musical adaptation that Dinklage also starred in, this take on "Cyrano" adds a sweetly melodic touch to the age-old story about how our insecurities can be our own worst enemies.

With its stellar performances and an unusual score from Aaron and Bryce Dessner of the acclaimed rock band The National, this one is already garnering some awards-season attention. And those who missed its early limited release will now have more opportunity to seek it out. 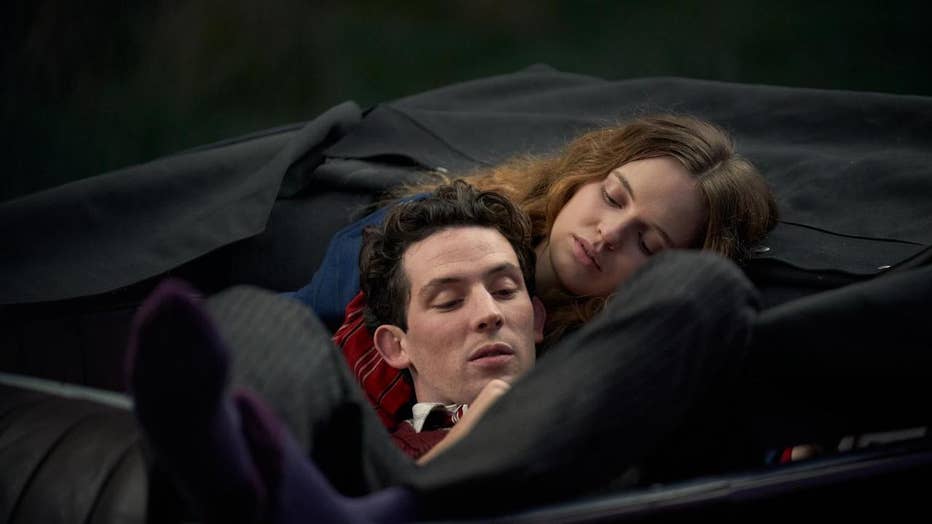 This month’s handsomely shot British period drama, "Mothering Sunday" follows the life of an orphaned maid named Jane Fairchild (Odessa Young) in the wake of World War I. Written by "Normal People" screenwriter Alice Birch and based on a book by Graham Swift, "Mothering Sunday" is an "Atonement"-style romantic drama about love, class and writing. The real draw, however, is the impressive cast of period piece stalwarts, which also include Olivia Colman and Colin Firth as Jane’s affluent employers and Josh O'Connor ("The Crown") as the wealthy neighbor she’s secretly having an affair with.

FOR FAMILIES: "The Wolf and the Lion" (in theaters Feb. 4) follows the unlikely friendship between a wolf pup and a lion cub. And "Howard High" (on Tubi Feb. 4) blends "Bring It On" energy with song, dance and Black joy.

FOR ROMANTICS: "The Kissing Booth" star Joey King leads the supernatural romance "The In Between" (Paramount+ Feb. 11). "Tall Girl 2" aims to reach new heights (Netflix Feb. 11). Plus Charlie Day and Jenny Slate play two recently dumped people who team up to sabotage their exes’ new relationships in the lighthearted rom-com "I Want You Back" (Amazon Prime Video Feb. 11).

WATCH: Jenny Slate in the rom-com "My Blind Brother," streaming for free on Tubi

FOR TEENS: Arthouse director Josephine Decker adapts the best-selling YA novel "The Sky Is Everywhere" (in theaters and on Apple TV+ Feb. 11) about a music prodigy struggling with the sudden loss of her older sister.

WATCH: Liam Neeson in "Run All Night," streaming for free on Tubi

FOR DOCUMENTARY LOVERS: "Let Me Be Me" (in theaters and VOD Feb. 25) tells the 20-year story of a fashion designer with autism.

Guys and Dolls (1955): There are many reasons to watch this classic movie musical, from the iconic costuming to the fabulous dance numbers, but two rise above the rest. First: It’s a chance to watch Vivian Blaine sniffle through the comic masterpiece "Adelaide’s Lament," a performance that repeatedly brought down the house when she originated the role on Broadway. Second, and even more importantly: Perhaps you, dear reader, will be the one to solve the mystery of why the folks at MGM decided to give Marlon Brando the singing role and Frank Sinatra the acting role. TV-PG. 159 minutes. Dir: Joseph L. Mankiewicz. Also features Jean Simmons and Stubby Kaye.