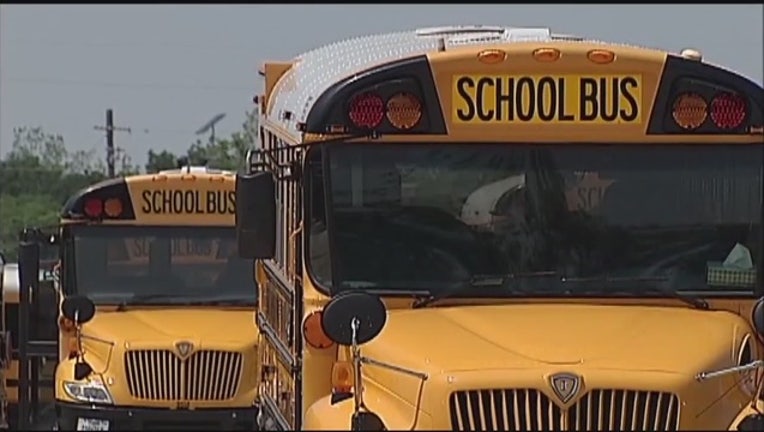 The fear is that the ugly rhetoric of the campaign could escalate into confrontations and even violence in school hallways, endangering students.

"If anybody can sit there and say they don't think this is a contentious election, then they aren't paying much attention," said Ed Tolan, police chief in this seaside community, which decided to call off classes on Election Day and put additional officers on duty Nov. 8.

School officials already are on edge because of the shootings and threats that have become all too common. They point to the recent firebombing of a Republican Party office in one North Carolina county and the shooting-up of another with a BB gun as the type of trouble they fear on Election Day.

Some of those anxieties have been stoked by Donald Trump's repeated claims that the election is rigged and his appeal to his supporters to stand guard against fraud at the polls. Some are worried about clashes between the self-appointed observers and voters.

Parent Alpay Balkir said he is glad children will be home. His 8-year-old son is a student in Falmouth, where the high school doubles as a polling place.

Schools are popular polling places because they have plenty of parking and are usually centrally located. It's difficult to say how many school-based polling places have been moved this year, given how decentralized the voting process is across the country.

But state and local officials say voting has been removed or classes have been canceled on Election Day at schools in Illinois, Maine, Nebraska, New Hampshire, Ohio, Pennsylvania, Wisconsin and elsewhere.

"There is a concern, just like at a concert, sporting event or other public gathering, that we didn't have 15 or 20 years ago. What if someone walks in a polling location with a backpack bomb or something?" said Georgia Secretary of State Brian Kemp, co-chairman of the National Association of Secretaries of State election committee. "If that happens at a school, then that's certainly concerning."

Despite the concerns, the National Association of Secretaries of State does not advocate having armed guards or police stationed at the polls because their presence could intimidate voters.

Some of the pressure to close schools on Election Day or move voting is coming from parents. Sara Andriotis, a mother in the Easton, Pennsylvania, area, pushed for voting to be taken out of local schools.

"We were mostly concerned because of the risk that it puts our children in," she said.

Easton Superintendent John Reinhart wanted to get voting out of schools altogether but was rebuffed by county election officials. So the school board canceled classes on Election Day.

"If you take the personalities away and cast the emotion with the election aside, one has to ask the question: 'Are our schools the best places for that activity to take place?'" he said. "I just think we've reached the point where we need to look at other locations."

That's happening in Hall County, Nebraska, which got out ahead of the trend in May when it moved six polling places out of schools for a primary. Those changes will remain in place next month. Voting will be held at three churches and one community center.

Election officials elsewhere say that schools are vital places for voting and that removing them as polling places creates logistical headaches and voter confusion.

"We wouldn't be able to conduct voting without them," said Pam Anderson, executive director of the Colorado County Clerks Association. She said voting in schools has not generally been a concern in Colorado but acknowledged there is likely to be more security this year.

This story has been corrected to say that voting in Hall County will take place in three churches and one community center.