Orange County sheriff's deputies shot and killed a woman on Tuesday after they said she pointed a firearm at them. They were responding to reports of a battery.

ORLANDO, Fla. - Orange County sheriff's deputies say they were forced to shoot an Avalon Park woman after she aimed a gun at them. They have identified the woman as 42-year-old Tracy Drowne.

Drowne’s neighbor, Andrew Santisteban, described a scary confrontation with her, leading up to the shooting. Surveillance video from Santisteban’s home shows Drowne at his doorstep, shouting at him. Santisteban says it got really scary.

“She starts charging at me, still screaming,” he recalled, “and so I kind of backed up, and she just swings and hits me in the left corner part of my eye there.”

Santisteban called 911. Deputies arrived to speak with Drowne at her house about the incident. They say she answered holding a gun and aimed it at them. 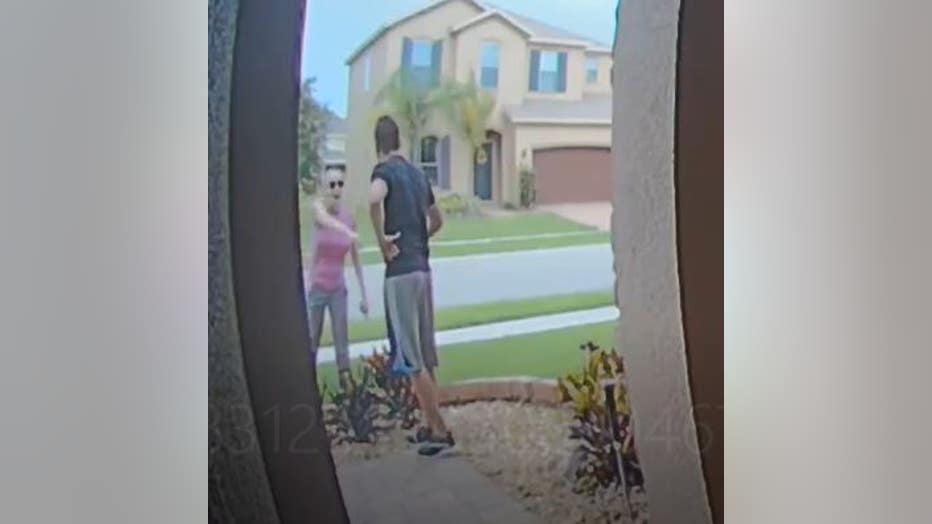 “They told her to drop the gun multiple times,” Santisteban recalled, “she didn't and raised it at them, then you just heard three or four quick, boom-boom-boom!”

Deputies said they were forced to shoot Drowne when she raised her gun at them. She died at the hospital. Santisteban’s daughter, Madison, says she never thought it would have ended like this.

“I never really thought anything would escalate this far, with the police and everything. So it was really shocking to see how everything had turned out,” she said.

Both deputies who shot Drowne are on administrative leave while the Florida Department of Law Enforcement investigates the case.