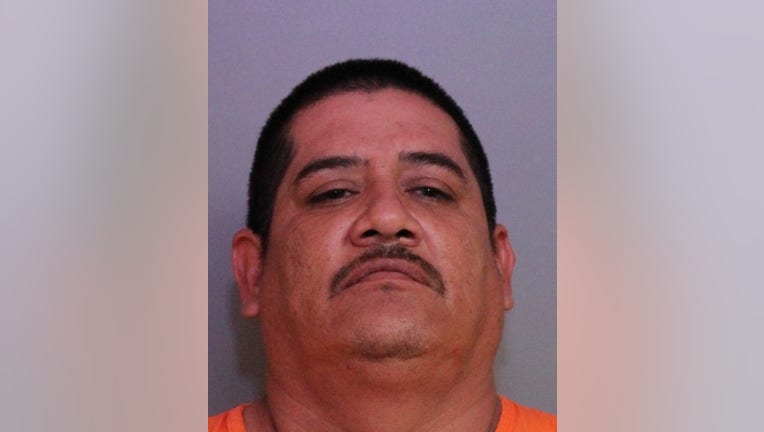 LAKELAND, Fla. - A man who was illegally in the United States and has seven children of his own was charged with 125 counts of Possession of Child Pornography, Florida deputies said.

The Polk County Sheriff's Office said that 45-year-old Nabor Molina, who lived in Lakeland but is from Mexico, was arrested on Monday. Detectives reportedly received a tip that he had been downloading files containing child pornography.

They said they discovered that the Google user -- later determined to be Molina -- had downloaded over 200 video files, with several of them depicting child pornography. Google reported these to the National Center for Missing & Exploited Children, which is where the tip to the Polk County Sheriff's Office originated. The video files included young victims, some just 18-months-old, being sexually battered or exposed in a lewd manner.

Molina was arrested during a traffic stop, deputies said. His cell phone was confiscated and detectives went on to serve a search warrant at his home, where various electronic devices were confiscated. Molina reportedly did admit to viewing child pornography out of curiosity, and that he accessed it using his WhatsApp account.

“These images are not just pictures of children without clothes. These videos and images are horrific displays of children being forced to expose their genitals, forced to perform sex acts – images of children being raped," Polk County Sheriff Grady Judd said. "Nabor Molina has access to children; at this time in the investigation, it doesn’t appear that any of them are victims, but we will continue to investigate whether he has abused any children he’s had access to. But Molina is a part of a child pornographic exploitation distribution pipeline that victimizes children across the world. His behavior is disgusting.”

Molina was arrested and charged with 125 enhanced counts of Possession of Child Pornography. Deputies said the charges were enhanced because of the age of the children and the content of the files. He was also charged with driving with an expired license.

Immigration and Customs Enforcement (ICE) was notified of the arrest, the Sheriff's Office said. A hold for him has been placed.