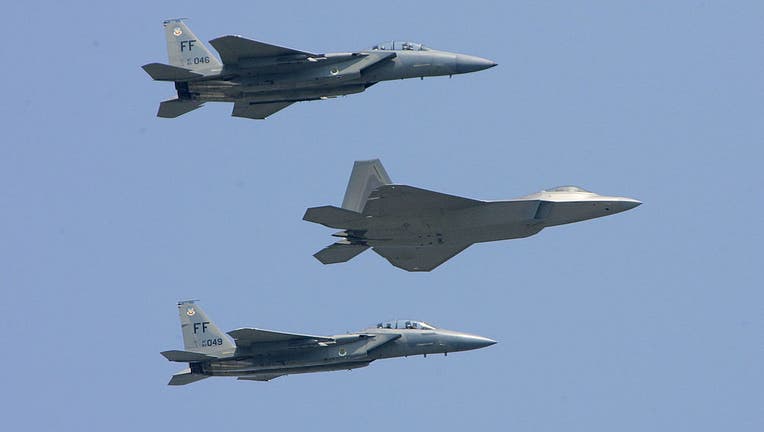 NORFOLK, VA - MAY 12: The first F/A-22 Raptor (C) destined for the First Fighter Wing is escorted by a pair of F-15C Eagles shortly before being delivered May 12, 2005 at Langley Air Force Base, Virginia. The aircraft is the first of a planned 78 new

The jet was part of the 325th Fighter Wing at the base, which is located east of Pensacola in Florida’s Panhandle. It was about 12 miles (19 kilometers) northeast of the base when it crashed, the Air Force said in news release.

The pilot has been taken to the 96th Medical Group hospital on the base for evaluation and observation, the release said. He was reported to be in stable condition. The pilot’s name was not immediately.

No one else was in the aircraft, officials said.

First responders from 96th Test Wing were at the scene.